HBO Films released the first photo from the set of “My Dinner with Hervé,” starring Peter Dinklage as one of the most famous dwarf actors in Hollywood history.

The movie, which has been in the works since 2011, also stars Jamie Dornan (“Fifty Shades of Grey”) as Danny Tate, a struggling journalist. The character is based in part on Sacha Gervasi, who co-wrote the screenplay with Sean Macaulay and is also directing.

Gervasi was a journalist who met up with Hervé Villechaize, an actor best known for “Fantasy Island” and the James Bond film “The Man with the Golden Gun,” in 1993 for an interview. After Villechaize committed suicide a week later, he realized the interview was a “suicide note,” according to Dinklage.

Also Read: 19 Big 'Game of Thrones' Fan Theories for Season 7 and Beyond (Photos) 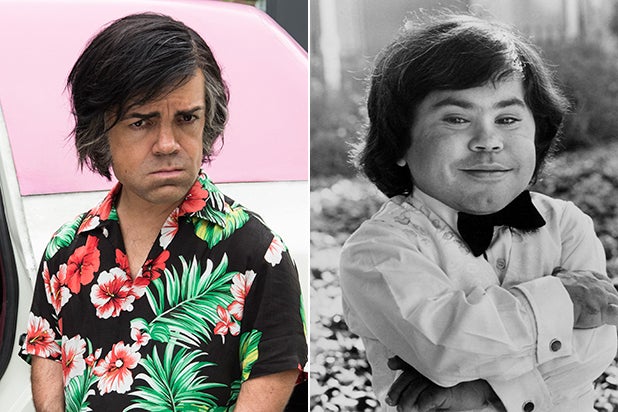 The film, which is part autobiography, will follow Tate who forms a friendship with Villechaize over a wild night in Los Angeles. According to HBO, the film will explore how the interaction resulted in “life-changing consequences for both.”

This has been a dream role for Dinklage, who said he was fascinated by the story. Villechaize is of English and Filipino descent.