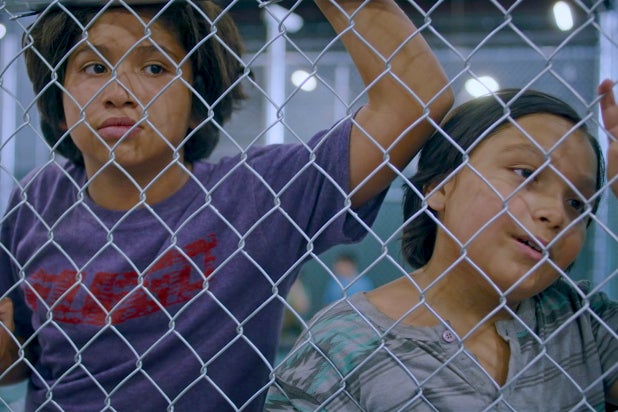 HBO Films announced on Thursday that it has acquired the worldwide rights to director-writer Daniel Sawka’s feature film debut “Icebox.”

The film stars Anthony Gonzalez (“Coco”) as Oscar, a 12-year-old Honduran boy who is forced to flee his home and seek asylum in the U.S., only to find himself trapped in the U.S. immigration system.

As Oscar attempts to reach his uncle in Arizona, he is apprehended by Border Patrol and placed in “the icebox,” a detention facility where he joins scores of other migrant children being held without their families. Faced with a seemingly impenetrable immigration system, Oscar struggles to navigate a path to freedom, with a journalist and his uncle, himself a recent immigrant, as his only lifelines.

The drama will debut on HBO on Friday, Dec. 7.

“I have seldom seen a movie so of the moment – it’s almost reportage,” said HBO Film president Len Amato in a statement. “‘ICEBOX’ gives viewers not only an opportunity to witness what it’s like inside these migrant detention centers, but also to feel the emotions of the children, revealing a world that many journalists and citizens have not yet been able to sufficiently penetrate.”

Brooks and his production company, Gracie Films, partnered with Sawka to expand the project from a master’s thesis short into a feature-length film. “Icebox” premiered in the Discovery section at this year’s Toronto International Film Festival. Endeavor Content co-financed the production and handled the worldwide sale.

“The narrative and characters in ‘Icebox’ are inspired by so many personal stories that were told to me through years of research and outreach – stories that unfortunately have become all too prevalent in today’s world,” Sawka said in a statement. “I can’t think of a better partner than HBO Films with which to present this incredibly timely issue.”

Filmed on location in New Mexico, the film was shot primarily in Spanish with English subtitles. Sawka originally wrote and directed “Icebox” as a short film for his 2016 American Film Institute MFA thesis project. The short was shortlisted for the 2018 Academy Awards, won the Grand Jury Award at AFI Fest and screened at Telluride Film Festival.