Even with all that religion-bating and weed-promoting, Bill Maher is clearly not too dangerous for HBO. 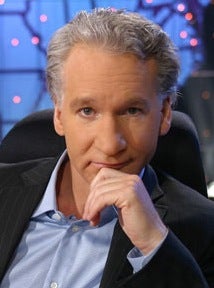 “Real Time With Bill Maher” not only has been renewed for a ninth season but the network has upped the episode count from 24 in season eight to 35, Nancy Geller, senior vice president of HBO entertainment announced Thursday.

The ninth season will start in early 2011.

In addition to adding a new season, the network added two years to Maher’s contract; the acerbic comedian has starred in nine solo specials for HBO, including February’s “Bill Maher … But I’m Not Wrong” and “The Decider” and “I’m Swiss,” both nominated for Emmys.

“Bill Maher is one of the most sought-after opinion makers on TV,” Geller said in a statement. “I’m delighted that this fearless and provocative observer will return to HBO next year. By presenting an increased number of episodes in 2011, we’ll be able bring this live, topical show to our subscribers almost year-round.”

HBO Downtown productions was the producer of Maher’s earlier show “Politically Incorrect,” which debuted on Comedy Central in 1993, moved to ABC in 1997 and was canceled in 2002, following controversial comments he made in the wake of 9/11.