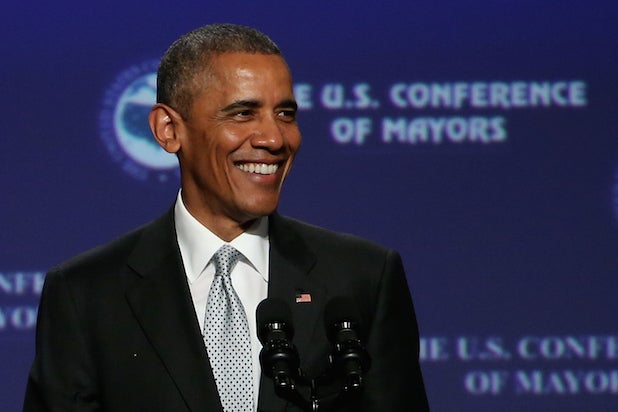 President Obama will visit the El Reno federal prison in Oklahoma next week as part of a Vice special on the U.S. criminal-justice system set to be broadcast on HBO. The visit mark the the first ever by a sitting president to a federal prison.

Obama will tour the prison facility with Vice founder Shane Smith, who will host the special set to premiere this fall on HBO.

“There’s an emerging consensus in this country — on both the right and the left–that the way we treat criminal offenders is utterly broken and weakening our society in profound ways,” Smith said. “Visiting El Reno with President Obama — the first-ever visit to a federal prison by a sitting president — will give our viewers a firsthand look into how the president is thinking about this problem, from the policy level down to one on one conversations with the men and women living this reality. It’s going to be fascinating.”

Also Read: As HBO and Vice Relationship Grows, What About CNN?

'Game Change' Sequel: Who Should Play Obama, Romney and Everyone Else in 'Double Down' (Photos)

Jeff Garlin as Chris Christie, and TheWrap’s other picks

Could Jeff Garlin inhabit Chris Christie as well as Julianne Moore did Sarah Palin? We think he could.

Garlin is just one of our dream castings as HBO develops "Double Down," a sequel to the election drama "Game Change." Both are based on the books by Mark Halperin and John Heilemann.

Just-released excerpts from "Double Down: Game Change 2012" feature inside dirt on the race between President Obama and former Gov. Mitt Romney. So it's time to speculate on who should be the next Romney, Obama, Paul Ryan and more. Cast your own votes in the comments.
View In Gallery