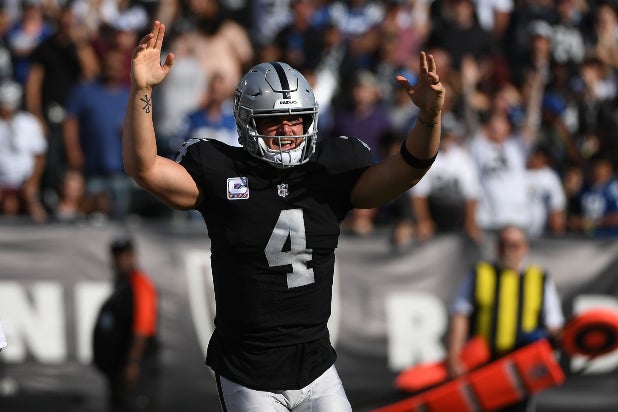 The Oakland Raiders will be featured on the latest season of HBO’s NFL training camp series, “Hard Knocks.”

The upcoming season will be the Raiders’ last season in Oakland before the team moves to Las Vegas for the 2020 season. The new five-episode season premieres on HBO on Aug. 6 at 10 p.m.

“Since the AFL-NFL merger, the Raiders have been a part of some of the most iconic moments in League history,” says NFL Films senior executive Ross Ketover.  “We at NFL Films have been thrilled and honored to showcase the mythology of the Raiders from the Holy Roller, Sea of Hands, Ghost to the Post all the way to today with Coach Gruden and this unbelievable cast of players and coaches. Needless to say, we’re very much looking forward to this season of Hard Knocks.”

The Raiders had an eventful offseason, following a 4-12 season in Jon Gruden’s first since returning as head coach — he previously coached the Raiders from 1998 to 2001. The team traded start linebacker Khalil Mack just days before the regular season began, and fired their general manager Reggie McKenzie during the season.

“If you’re a fan of football or great storytelling, Hard Knocks with the Oakland Raiders is going to be must-see television,” says Peter Nelson, executive vice president, HBO Sports. “We are so grateful to this storied franchise for opening up its doors and allowing HBO and NFL Films to spend the summer with the Raiders in what promises to be a compelling and engaging training camp.”