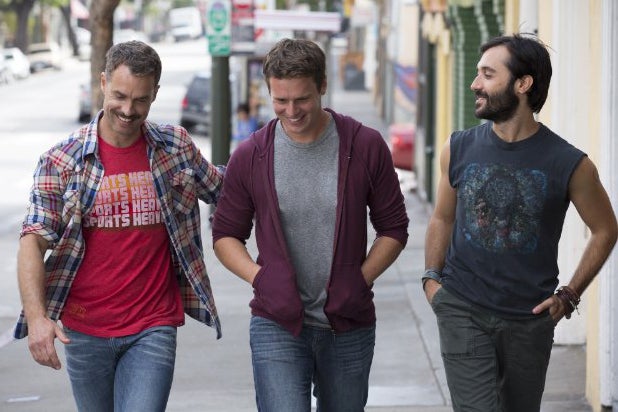 HBO’s “Looking” debuted to not many people “looking” at it on their TV screen.

The new series, about three close friends (played by Jonathan Groff, Frankie J. Alvarez and Murray Bartlett) living and loving in San Francisco, was watched by about 606,000 viewers when factoring in all telecasts.

The rest of HBO’s Sunday lineup fared much better than “Looking.”

“True Detective” at 9 averaged 1.7 million viewers in its second week. Across its three plays for the night, the Matthew McConaughey-Woody Harrelson cop thriller amassed 2.4 million total viewers. To-date, the premiere episode of “True Detective” has pulled in 6.3 million viewers, according to preliminary data.

“Girls” at 10 delivered 799,000 viewers, totaling 1.2 million viewers throughout the night. The first two episodes of the season have exceeded 3 million viewers in gross audience.

Chris Lilley’s “Ja’mie: Private School Girl” was the last series in the “Looking” time period. That show bowed to 313,000 viewers and ended up averaging 214,000 premiere viewers for the season.