Wall Street Journal reporter Jeff Horwitz and New York Times media columnist Ben Smith had the internet buzzing for their Sunday talk show appearances — but less for what they had to say about Facebook and the demise of Ozy Media than for their choice of on-camera fashion accessory.

Horwitz kicked things off by wearing a gray headband that matched his gray suit jacket when he appeared on NBC’s “Meet the Press” to discuss Facebook’s negative press.

As Horwitz later explained on Twitter, “When I woke up at 4am Pacific, I was motivated by two desires: to contribute to productive discourse about a world-altering technology company and to wear a sport-coat accessorized sweatband on national television. I am 100% confident I accomplished the latter.” 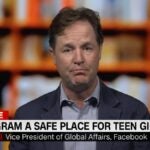 Shortly afterward, Smith tweeted that he was considering a similar fashion move for an appearance on CNN’s “Reliable Sources” to discuss his reporting on Ozy Media: “Going on Reliable Sources shortly, debating the @JeffHorwitz-style headband.”

And it turns out that Smith did don a white Wilson headband during his one-on-one segment with CNN’s Brian Stelter to discuss Smith’s exposé of Ozy Media that led to the digital media company’s abrupt downfall on Friday.

Smith removed his headband after answering Stelter’s first question — though the CNN host later shared a screengrab of the headband-sporting New York Times journalist and the caption: “He really went for it.”

The curious male fashion trend prompted a strong reaction on the internet, with Politico managing editor Blake Hounshell suggesting: “All Sunday-show guests should be required to wear headbands from now on. Lawmakers included.” 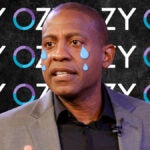 Horwitz, who reports about technology for the Journal, said that Facebook has blamed its researchers for the consequences of Faceebook’s products which has led to negative press.

“We have heard that they have actually taken pretty much all of their researchers and basically blamed them for this,” Horwitz said of Facebook. “It’s a very weird mentality over there. They have been kind of throwing those people under the bus — the people that they asked to understand the platform’s role in the world, and that’s a very aggressive thing for them.”

And Smith marveled at how rapidly after his first exposé last Sunday that Ozy Media had decided to shut down. “I think part of it is things just happen faster now,” Smith told Stelter on CNN. “But I think part of it was advisers and their investors felt misled, and it’s pretty hard to come back from that.”

See more reactions to the Hillary Clinton-style headband trend below.