The health-care debate is over, but the shouting isn’t.

All across the media, whether inclined left, right, or center, one thing was clear: Sunday night’s House vote was a very, very big moment.

So how did the cable TV shows, bloggers, and traditional media play the historic roll-call? TheWrap brings you a sampling …

Starting with Fox News, which let the audio and video tell most of the story at the moment, then quickly moved to is commentators. After several hours of right-of-center posturing, the Fox talking heads actually took a very measured, serious approach, nodding to the effort it took for Democratic leaders — namely the hated Nancy Peosi — to carry the day:

Over on the other side of the cable argument, at MSNBC, they lingered on the floor a little bit longer, savoring the real-time audio until they got the gavel out:

On to the blogs.

Over at the lefty Huffingtonpost, they went with a Democratic buzzword headline:

While the good folks at the Drudge Report saw adding 30 million to the insurance rolls as akin to the Japanese bombing of Pearl Harbor:

To be fair, the Drudge banner was the second image on the page.

This was the first: 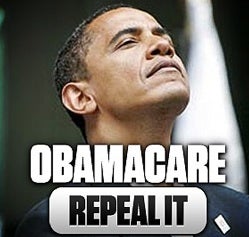 Someone needed to light a fire under the intern at Rush Limbaugh’s homepage, where, hours after the vote, they were still defending the Alamo: 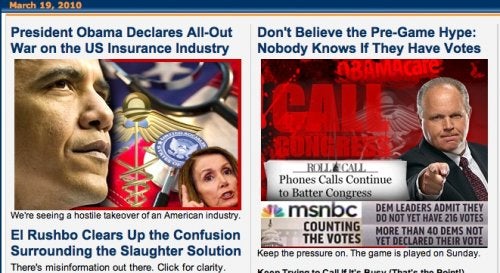 They played it pretty straight at Politico; or, one could argue, they let Pelosi’s face (and big stick) do the talking: 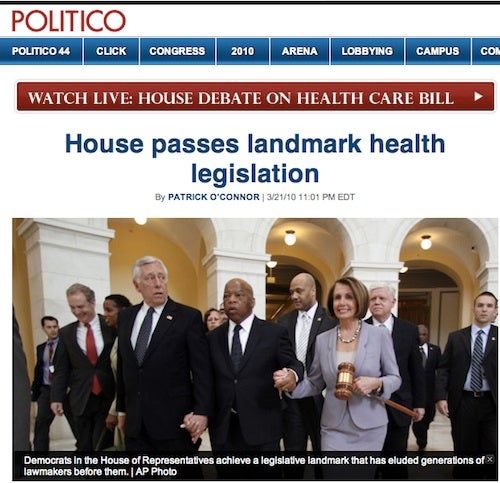 And last but not least, our friends across the pond made our health-care struggle their top story, though they seemed kinda ho-hum about it. And why should they be impressed? They’ve had health care for years …