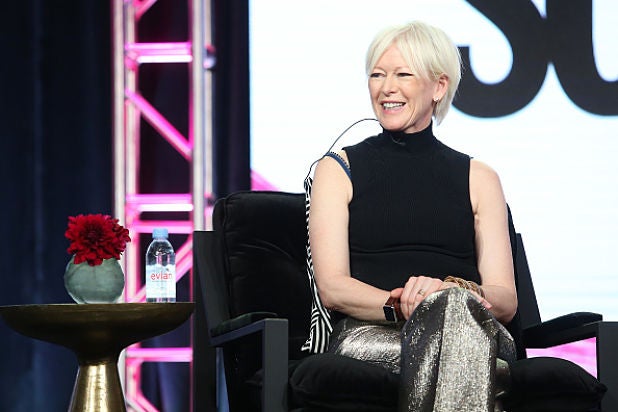 Joanna Coles, who recently left Hearst Magazine, is joining “CBS This Morning” as a creative advisor.

Coles departed Hearst in August after 12 years with the company, where she served as chief creative officer. Her role will be part-time.

“Initially, Joanna will be engaged with the ‘CBS This Morning’ team and will weigh in on other strategic opportunities. We love the journalism that ‘CTM’ is doing, we believe in the people doing it–and we want Joanna’s perspective and experience to help us engage new audiences everywhere around that work,” CBS News president David Rhodes told staffers in a memo, which was obtained by TheWrap. “She also brings a sharp sense of humor and a habitual viewer’s perspective to our daily experience of news coverage in this extraordinary climate.”

Coles isn’t the only new addition to “CBS This Morning.” Bianna Golodryga started last week as the show’s newest co-host.

Prior to joining Hearst, Coles spent four years as the editor-in-chief for Cosmopolitan. Before that, she spent 15 years as a reporter, editor, and columnist for publications including the Daily Telegraph, the Guardian, the New York Times, New York Magazine, and the BBC. Currently, she serves on the board of directors for Snap, the parent company of Snapchat.

When Coles announced her departure from Hearst in an Instagram video, she teased her next career move would come in the fall.

And in other news…#realcorporatelife #newchapter . . . Click through my story to revisit my #glossylife major moments @hearst @marieclairemag @cosmopolitan @freeform @theboldtypetv