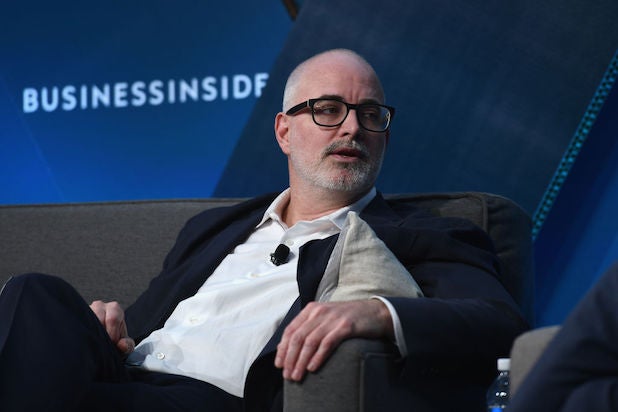 Hearst Magazines President Troy Young has resigned from the company amid accusations that he made lewd and sexist remarks to his employees.

In a memo sent to staff on Thursday, which was published online, Hearst President and CEO Steven Swartz said Young’s resignation was “effective immediately.”

“Troy Young and I have agreed that it is in the best interest of all of us that he resign his position as president of Hearst Magazines, effective immediately,” Swartz wrote.

Young’s resignation comes a day after the New York Times reported that Young created a “toxic” work environment and made lewd and sexist remarks to staff. Such accusations include that Young emailed pornography to a “high-level editor,” remarked that he needed a “bigger” sex toy when examining products sent to Cosmopolitan and telling a young staff member who was recounting a bad date at a holiday party in 2013 that she should have “inserted her fingers into herself and asked her date if he liked her smell,” as described by the Times.

In a statement sent to the Times in response to the accusations, Young said, “Specific allegations raised by my detractors are either untrue, greatly exaggerated or taken out of context. The pace of evolving our business and the strength of my commitment is ambitious, and I sincerely regret the toll it has taken on some in our organization.” He also added that “candid conversations about sex defined the Cosmo brand for decades, and those who worked there discussed it openly.”

Young first joined Hearst in 2013 before being appointed the president of Hearst Magazines in 2018. In his position, he oversaw publications like Cosmopolitan, Harper’s Bazaar, Esquire and Marie Claire.

It’s not presently clear who will assume Young’s responsibilities in the meantime, and a spokesperson for Hearst did not immediately respond to TheWrap’s request for comment.