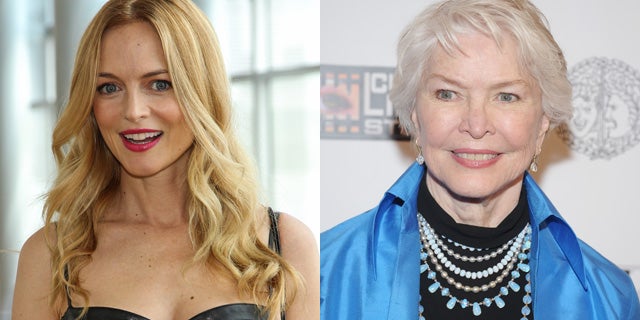 Lifetime is officially moving forward on its movie adaptation of the dark V.C. Andrews novel, “Flowers in the Attic,” TheWrap has learned.

Heather Graham (“Boogie Nights,” “Drugstore Cowboy”) is set to play Corrine, the mother who abandons her four young children, leaving them with their truly messed up grandmother, Olivia, who, wait for it, will be played by Oscar, Golden Globe and Emmy winner Ellen Burstyn (“Political Animals,” “Requiem for a Dream”).

Kayla Alpert (“Up All Night”) will write the film, which will be directed by Deborah Chow (“The High Cost of Living”).

Also read: Whoopi Goldberg to Star in Terry McMillan’s ‘A Day Late and a Dollar Short’ on Lifetime (Exclusive)

Airdate is still to be determined.

“Flowers in the Attic” was first published in 1979 and it went on to sell more than 40 million copies worldwide. Readers were captivated by its tale of four children who are forced to live their formative years locked in an attic and made to pay for their parents’ sins by their cruel religious grandmother. It spawned four more novels in the series.

“Flowers in the Attic” was previously adapted for the big screen in 1987 and enjoyed a good amount of box office success, though critics panned it. It starred Kristy Swanson as oldest daughter Cathy, Victoria Tennant as mother Corrine and Louise Fletcher as grandmother Olivia.

The project represents Lifetime’s continued push beyond its ripped-from-the-headlines and biopic movie programming. Last week, the effort was rewarded with a supporting actress Emmy nomination for Alfre Woodard in its adaptation of “Steel Magnolias.”