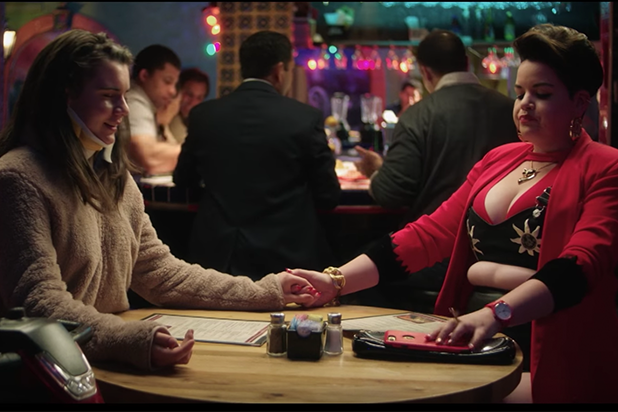 Two episodes of Paramount Network’s “Heathers” reboot were pulled from the schedule Sunday following the shooting that took place on Saturday at a Pittsburgh synagogue, which left 11 people dead and six injured.

According to an individual with knowledge of the situation, the installments were pulled because the episodes featured active shooter training scenes in the storyline. A spokesperson for Paramount told TheWrap on Monday the decision was made “in deference to the Pittsburgh tragedy.”

The pair of episodes that were pulled from the network’s on-air lineup are currently available via VOD and the Paramount app and website for viewers.

Also Read: 'Heathers': Heather Chandler Tries to Be a Good Person and It Doesn't Go So Well (Video)

TheWrap has learned Monday’s episode, the season finale, will air as scheduled and that the sensitive storyline in the previous episodes doesn’t continue in tonight’s broadcasts.

“Heathers” was shelved by the network after the Parkland shooting despite previous plans to shop the series around to other outlets. In October, Paramount announced the series would, in fact, air the reboot, just without the planned 10th and final episode, which was originally supposed to depict the show’s high school being destroyed in an explosion.

Instead, the last two episodes have been re-cut, with the ninth episode to serve as a cliffhanger ending.

Also Read: Paramount Network's 'Heathers' Series Will Air After All - But Not the 'Too Controversial' Finale

The entire season of the dark comedy was made available to stream on the Paramount Network app and website beginning Monday, Oct. 22, with the show airing on the network with two episodes back-to-back throughout the week, beginning Oct. 25.