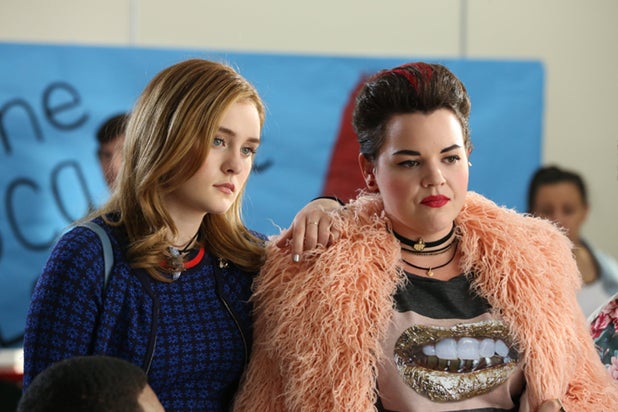 Paramount Network has set the new premiere date for their “Heathers” TV series for July 10. The announcement was made on social media Tuesday.

The series was originally set to release in March, but the Viacom-owned network decided to postpone the show in the wake of the Parkland shooting in Florida.

“Paramount Network’s original series ‘Heathers’ is a satirical comedy that takes creative risks in dealing with many of society’s most challenging subjects ranging from personal identity to race and socio-economic status to gun violence,” the network said at the time. “While we stand firmly behind the show, in light of the recent tragic events in Florida and out of respect for the victims, their families and loved ones, we feel the right thing to do is delay the premiere until later this year.”

However, the pilot of the series, which is loosely based off the 1988 movie starring Winona Ryder and Christian Slater, was posted on its website back in February. It was subsequently taken down after the announcement to postpone.

The dark comedy is set in the present day and stars Grace Victoria Cox as Veronica Sawyer, Melanie Field as the body-positive mean girl Heather Chandler, Brendan Scannell as the genderqueer Heather Duke and Jasmine Mathews as the biracial lesbian Heather McNamara.

Just when you thought it was safe to leave your house wearing jorts.

The #Heathers are coming. Premieres Tuesday, July 10 on @ParamountNet. pic.twitter.com/6Be234pvyD

Just when you thought it was safe to leave your house wearing jorts. The #Heathers are coming. Premieres Tuesday, July 10 on @ParamountNetwork.