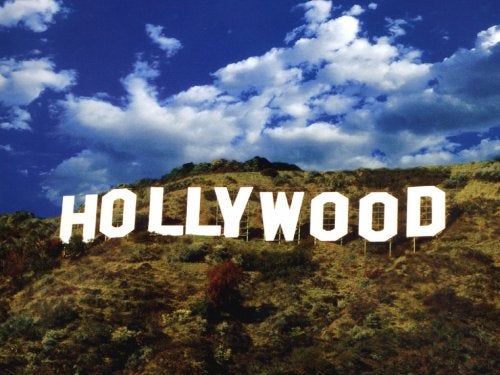 With five days to go before Friday’s deadline, the money to preserve land around one of Tinseltown’s most iconic landmarks — the Hollywood sign — came from outside the industry.

Playboy founder Hugh Hefner coughed up the remaining $900,000 of the $12.5 needed to buy the 138 acres on Cahuenga Peak, the Trust for Public Land, the group organizing the campaign, announced on Monday.

Anyone with even a cursory knowledge of Hefner and his venerable adult entertainment magazine, knows that he has a healthy appreciation for celluloid history. Not for nothing, the inaugural issue of Playboy featured nude pictures of another Hollywood icon Marilyn Monroe.

It’s also not the first time the publisher has come to the sign’s rescue. In the late 1970s Hefner helped lead a fundraising effort to rebuild the sign after the Hollywood Chamber of Commerce determined it needed to be rebuilt.

“Today, we have the Hollywood ending we hoped for and now Cahuenga Peak will be forever protected by adding it to Griffith Park,” Will Rogers, the Trust for Public Land’s president, said in a statement.

Hefner’s donation kicked in a $500,000 matching challenge grant from the Tiffany & Co. Foundation, which put the campaign over its fundraising goal.

The grassroots campaign to save the land around the sign hit a snag less than two weeks ago, when the group came up a million short of their fundraising goal and had to petition the land’s owner Chicago real estate firm Fox River Financial Resources to extend the deadline by 16 days.

Fox River bought the land from the estate of Howard Hughes, and put the property on the market two years ago for $22 million. Finding no buyers, it agreed to sell the land to the trust for a discounted price. The area in question,to the left of the sign’s “H” abd stretching west to Cahuenga Peak, is zoned to build four luxury homes.