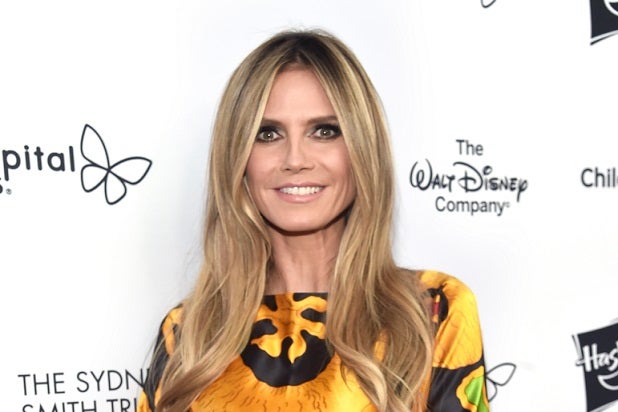 Heidi Klum put her annual Halloween ritual into high gear Wednesday morning, posting a thrillingly spooky video announcing that the games for this year’s holiday were officially on.

“America’s Got Talent” personality Klum, whose Halloween costumes are an annual subject of widespread fascination, fired up her social media

“OK everyone, it’s Halloween,” Klum declared, as her face shifted to ghostly grey and green hues and her voice lowered to a creepy whisper. “Here we go…”

“Ok lets to this…. ,” Klum captioned the video.

Klum’s message was brief, but it was enough to kick off speculation in the comments section of her post, as followers scrambled to guess what Klum’s costume would be this Halloween.

“game of thrones?” read another bit of speculation.

While Klum will no doubt drop more hints throughout the day as her get-up comes together, “Mermaid Heidi” doesn’t seem likely. In the run-up to Halloween, Klum served up clues that suggested that her costume this year would boast two sets of teeth and at least one grotesquely swollen foot.

Which would make for an exceedingly odd mermaid. Then again, Klum is known for her Halloween jaw-droppers.

In the meantime, watch Klum’s video below, and feel free to drop your own guesses into the comments section.