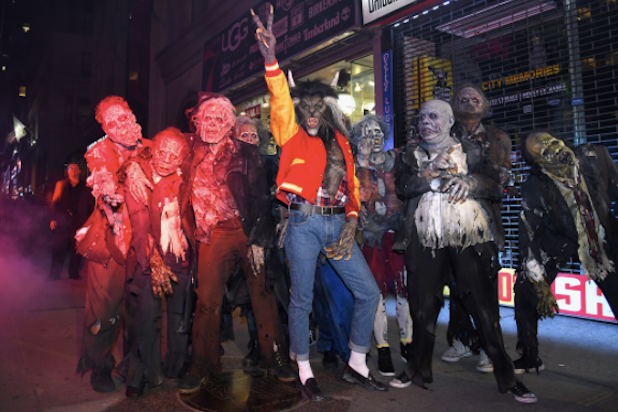 Even dressed up as a werewolf, Heidi Klum still finds a way to look stunning.

If this is Thriller night, and no one’s gonna save me from the beast about to strike… well that sounds fine with me.

But making yourself look like the classic 1983 music video takes time. The “America’s Got Talent” host walked her four million followers through the makeup process on her Instagram feed, leading up to her bash at Moxy Times Square.

She didn’t stop there, either. Klum performed the iconic “Thriller” dance alongside some nimble ghouls at the party, mirroring the King of Pop’s groundbreaking music video for the entire crowd. And you’re probably wondering, which celebs got to feast their eyes on this hair-raising performance? Mike Myers, Heather Graham, and Nick Cannon were among the lucky few that got to party with Heidi in all her Michael Jackson glory. Beat it, Seal.

Check out her Insta pics from the event below.