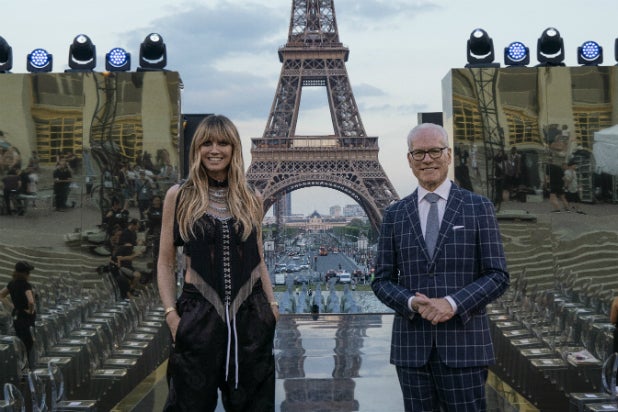 Amazon has revealed the title and judges for Heidi Klum and Tim Gunn’s new fashion competition series. “Making the Cut” will be judged by Naomi Campbell, Nicole Riche, Carine Roitfeld and Joseph Altuzarra.

The series, coming to Amazon Prime Video in 2020, brings together 12 entrepreneurs and designers from around the globe who are competing to take their fledgling brands to the next level, per the streaming service. Looks from “Making the Cut” will be available for purchase on Amazon.com, and the winner of the series will receive $1,000,000 to invest in their brand.

“Making the Cut” is executive produced by “Project Runway” alums Klum and Gunn, as well as by Sara Rea, Page Feldman and Jennifer Love. Campbell is a consulting producer on the SKR Productions show.

Judge bios are below.

Naomi Campbell: One of the world’s most recognizable and in-demand supermodels and fashion icons, Naomi Campbell is also a businesswoman, philanthropist, activist and actress. She is also a contributing editor of British Vogue and is a consulting producer on “Making The Cut.”

Nicole Richie: Actress and Creative Director of House of Harlow 1960, a globally recognized international ready to wear fashion brand,  Nicole Richie is a modern-day style icon. She is also a bestselling author, television personality and philanthropist.

Carine Roitfeld: Celebrated as one of the most influential figures in fashion, former EIC of Vogue Paris and the recipient of the 2019 CFDA Founder’s Award, Carine Roitfeld has transcended the boundaries of culture and style of the past three decades.

Joseph Altuzarra: Born and raised in Paris, the CFDA award-winning designer and creative director of Altuzarra just celebrated 10 years at his namesake brand. Altuzarra has become a wardrobe and red carpet staple for confident women around the world including Michelle Obama, Evan Rachel Wood, Nicole Kidman and Awkwafina.