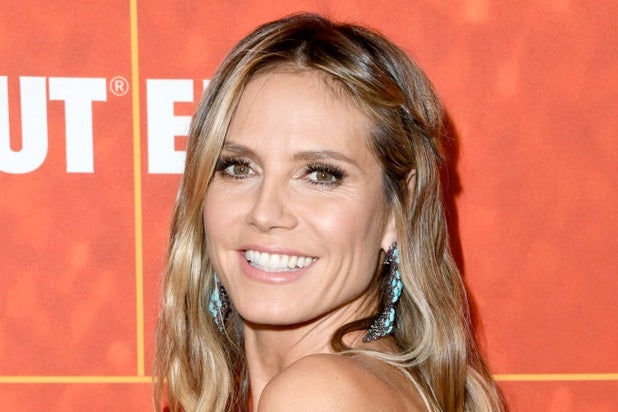 The Heidi Klum Halloween Costume Watch 2018 took a dramatic turn Wednesday afternoon, as the “America’s Got Talent” personality posted an update on this year’s get-up that had observers issuing a collective “Shrek, yes!” as they believed to have solved the mystery.

In a social media post, Klum unveiled an image of herself, her face bloated with prosthetics and painted green, alongside a man whose face was also a shade of green.

The reveal prompted many to conclude — or at least guess — that Klum had chosen to masquerade as Fiona from the film “Shrek.”

“Shrek and Fiona?” asked one reader.

And then their was the outlier opinion, “Just like the hulk .”

Subsequent posts by Klum further suggested that Heidi Halloween 2018 would, indeed, be a “Shrek”-related affair.

Of course, with Klum — whose elaborate Halloween costumes have become an annual national fixation — anything is possible, and one shouldn’t be too hasty to rule out a false-flag operation on Klum’s part, designed to throw off the public and distract them from the real cover-up.

Take a look at Klum’s latest clues below, and offer your own guesses in the comments section.