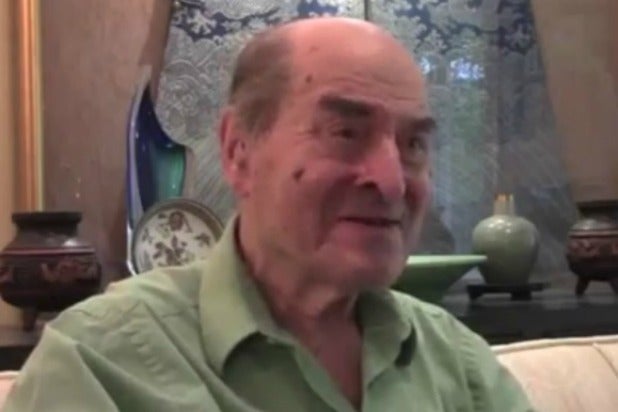 At 96, Henry Heimlich thought he would never use the maneuver he invented to save a life.

That changed last Monday, when the doctor came to the aid of one of his fellow retirement home citizens.

Heimlich was enjoying a steak dinner at the Dupree House senior living facility in Cincinnati, Ohio, when he noticed the 87-year-old Patty Ris choking on her hamburger, according to CNN.

Heimlich jumped up, spun Ris around, and began the lifesaving technique he invented in 1974 to dislodge food trapped in a victim’s airways. After three forceful thrusts, Ris coughed up the meat. The Heimlich maneuver proved successful.

“God put me in the seat right next to you Dr. Heimlich so you could save my life,” Ris recounted to the BBC. “Because I was gone. I couldn’t breathe for a long time.”

According to The Cincinnati Enquirer, it was the first time he’s used his namesake maneuver to save a life. “I kinda felt wonderful about it, saving that girl. I knew [the Heimlich maneuver] was working around the world. I just felt a satisfaction,” he said.

Also Read: Hugh Jackman Rescues His Son and Other Swimmers From Riptide in Australia (Video)

This isn’t the first choking incident at Dupree House. Perry Gaines, Dupree’s maitre d’, told The Enquirer he’s had to perform the Heimlich twice this year. When he heard a resident was choking, he rushed into the dining hall, only to see Dr. Heimlich already at work.

“Sometimes residents try to help in medical situations but we tend to discourage it,” Gaines recounted. “But I noticed it was Dr. Heimlich and he was doing the maneuver … I stepped back and let Dr. Heimlich continue on.”