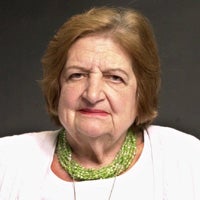 In the wake of her controversial comments about Israel, Helen Thomas, the 89-year-old Hearst Newspapers columnist and dean of the White House press corps, announced her retirement on Monday.

Here’s the statement from Hearst:

Her decision came after her controversial comments about Israel and the Palestinians were captured on videotape and widely disseminated on the Internet.

Thomas later issued a statement: "I deeply regret my comments I made last week regarding the Israelis and the Palestinians. They do not reflect my heart-felt belief that peace will come to the Middle East only when all parties recognize the need for mutual respect and tolerance. May that day come soon."

Thomas will mark her 90th birthday on Aug. 4.

In the video interview, Thomas suggested Jews “get the hell out of Palestine" and go back "home" to Poland, Germany or America.

"Those remarks are offensive and reprehensible," White House Press Secretary Robert Gibbs said during Monday’s press briefing. "She should and has apologized. Those remarks certainly don’t reflect the opinion of folks here or the administration." Thomas, who is of Lebanese descent, was not present in her usual front-row-center seat.

On Sunday, Thomas was dropped by Nine Speakers Inc., the agency that books her speaking engagements, and a Bethesda, Maryland high school where she was to give the commencement address.