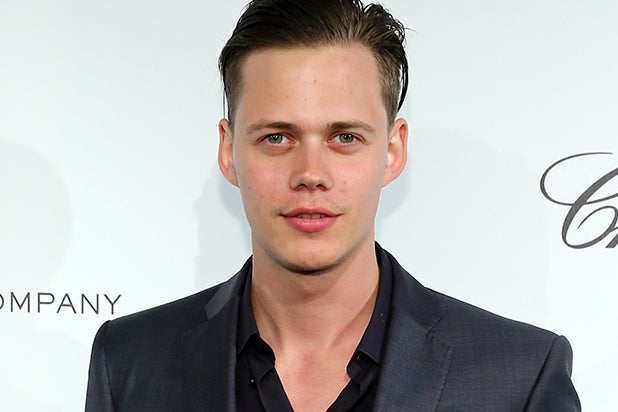 “Hemlock Grove” star Bill Skarsgard is in negotiations to join Shailene Woodley in the “Divergent” sequel “Allegiant,” which serves as the two-part conclusion to thehit  YA franchise, multiple individuals with knowledge of the Summit Entertainment project have told TheWrap.

A representative for Lionsgate, which owns Summit, had no comment.

Woodley plays Tris Prior, a teenager living in a futuristic dystopian Chicago who discovers she’s “divergent” — someone who doesn’t fit into any one of her society’s rigidly segregated factions, which are all based on character traits.

Skarsgard is expected to share scenes with fellow franchise newcomer Jeff Daniels, who was just cast as David, the leader of the Bureau of Genetic Welfare. The bureau created the faction-based society in which Tris was living.

Theo James co-stars in the franchise along with Kate Winslet, Miles Teller and Ansel Elgort.

Noah Oppenheim, who also scripted YA adaptation “The Maze Runner,” adapted Veronica Roth’s third book, which like the franchise finales of “Harry Potter,” “Hunger Games” and “Twilight,” is being split into two films.

After a $54 million domestic opening weekend, the “Divergent” film made $150 million in the U.S. and $288 million worldwide. “Insurgent” is close to matching the first film’s haul, having taken in $271 million worldwide thus far.

Douglas Wick, Lucy Fisher and Pouya Shahbazian are producing “Allegiant – Part 1,” which will be released on March 18, 2016, with “Part 2” hitting one year later.