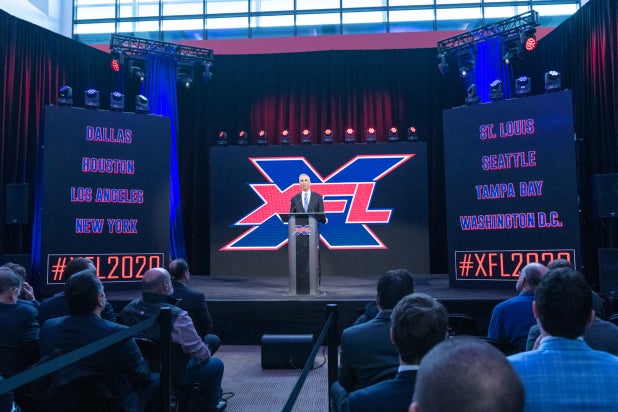 The XFL announced the eight cities that will host the inaugural franchises of the newly rebooted league on Wednesday, choosing mostly different cities compared to its ill-fated 2001 version.

The rebooted XFL will begin play on Feb. 8 and 9, 2020, the weekend following Super Bowl LIV in South Florida.

Vince McMahon announced the XFL’s relaunch back in January, promising a “fan-centric, innovative experience” that includes “shorter, fast-paced games and a family-friendly environment.” The first edition of the XFL was a disaster for McMahon and NBC, which aired the league’s only season in 2001. The original XFL was beset by poor play and even worse TV ratings — in 2001, NBC did not yet have “Sunday Night Football” which aired on ESPN at the time.

During the press conference, Luck said that the league does not yet have a broadcast partner, but that they’ve had “meaningful and deep conversations” with media partners, and said the plan is that games will be available on multiple platforms. Luck added they hope to announce a broadcast partner shortly. In 2001, the XFL aired mostly on NBC, with other games on TNN and UPN.