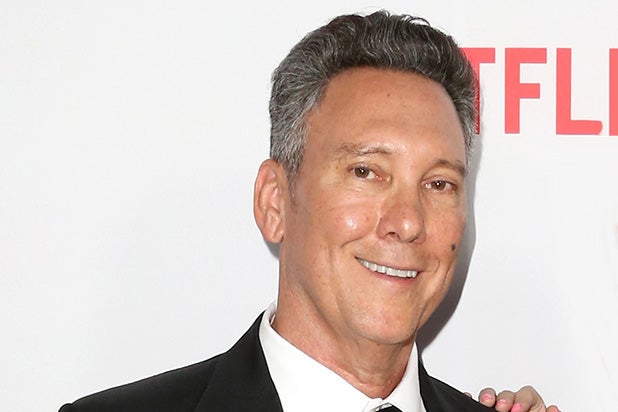 New court filings in former “Fuller House” creator Jeff Franklin’s lawsuit against his former co-executive producer contend that Franklin made frequent sexist comments, including urging female writers to bring their bikinis to a writers’ retreat at his mansion and wishing women on staff would get hysterectomies to avoid pregnancy.

Franklin, who created “Full House” in the ’90s and the Netflix reboot “Fuller House,” was fired from his job as showrunner of the series in 2018 following complaints about inappropriate behavior. Bryan Behar took over Franklin’s job, and Franklin sued Behar in April, saying Behar had conspired against him to steal the job.

Franklin’s attorneys did not immediately respond to a request for comment Wednesday. But in an April 16 complaint, they said that “Behar was resentful of Franklin’s success.”

They added: “Motivated by a secret hatred of Franklin and hoping to take his place someday as showunner, Behar concocted a plan to compile unflattering and distasteful information about Franklin that was either fabricated or twisted versions of events and presented it first to the media and then to Warner Brothers in an effort to get Franklin thrown off ‘Fuller House.'”

In a June 1 filing, Warner Bros.’ vice president of labor relations, Silisha Platon, said that Warner Bros. began its first investigation into Franklin’s workplace behavior in 2016, a year before the #MeToo movement began, in response to a complaint.

“During the investigation, concerns were raised regarding Franklin’s handling of pregnancy-related requests for time off for doctor appointments, as well as concerns about equal treatment of male and female writers in the writer’s room on Fuller House,” Platon stated. “The investigation was concluded and Franklin received verbal counseling as to the necessity of appropriate, business-like behavior and equal treatment.”

Platon was not formally involved in the 2016 investigation, but reviewed the findings from the first investigation and conducted a second one between 2017 and 2018. The second investigation was spurred by another complaint.

“In November 2017, Warner Bros. received a complaint by a woman who had been a writer on ‘Fuller House,’ claiming that Jeff Franklin, the ‘Fuller House’ showrunner at the time, had created a toxic and inappropriate work environment in the writer’s room. Shortly after learning of this complaint, it came to Warner Bros.’ attention that another female writer on Fuller House was making similar claims about Franklin’s conduct,” Platon said.

Between February 21 and 22 of 2018, Platon interviewed eight current and former staff members. Seven were identified in the June filing only as Jane Does 1-7 to protect their anonymity. The eighth was Behar, whom Platon described as “reluctant to participate in the investigation.” She stressed that investigators approached Behar, not the other way around.

In her filing, Platon listed several accusations from the women.

She said Jane Doe 3 reported that she felt “emotionally and mentally abused because I was a woman.” Platon said Jane Doe 3 also reported that Franklin had his assistant request all the writers come to his mansion for a week to write, and that female writers were reminded multiple times to bring their bikinis. Jane Doe 3’s statement about bikinis was corroborated by Jane Doe 4.

Platon said Jane Doe 3 also said Franklin said female directors were “all the same'” and told the writers’ room that he does not date Jewish women, then added, “Sorry to all the Jewish women in the room.”

Platon said Jane Doe 5 attributed the following remark to Franklin, about a female member of the crew: “She is probably going to be pregnant next season. I wish I could make all the women on my staff get hysterectomies.”

Platon said Jane Doe 7 stated: “It’s important that I say the environment is hostile. … I don’t recall one other show where I felt — women weren’t particular [sic] liked here. … He would be angry towards women and not interested in their opinions.”

Platon also said Jane Doe 7 felt that Franklin preferred male writers over female writers, and said that Franklin complained about having to hire directors who were women or people of color.