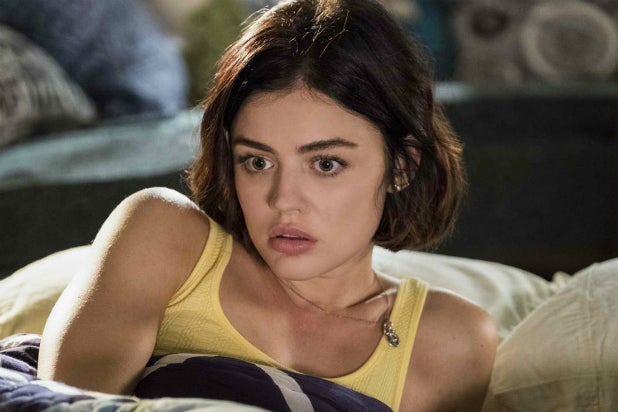 Lucy Hale’s dramedy on The CW has been performing poorly in TV ratings since it premiered earlier this month, hitting a new low Wednesday.

Last night at 9 p.m., “Life Sentence” settled for a 0.1 rating/1 share in the advertiser-coveted 18-49 demographic and an average of 424,000 total viewers, according to preliminary numbers from Nielsen.

Final numbers for Wednesday’s episode will be available later today, though an individual with knowledge of the ratings tells TheWrap not much movement is expected from the initial data.

Though most networks live and die by the key 18-49 demo, it should be noted The CW skews younger, so the 18-34 range is what they focus on more. The CW did not immediately respond to TheWrap‘s request for those numbers.

The series stars Hale as Stella Abbott, a young woman who receives a diagnosis of terminal cancer. She then decides not to go gentle into that good night and throws caution to the wind by living like there is no tomorrow.

Unfortunately, that decision comes back to bite her when her doctors inform her that her illness has miraculously been cured.