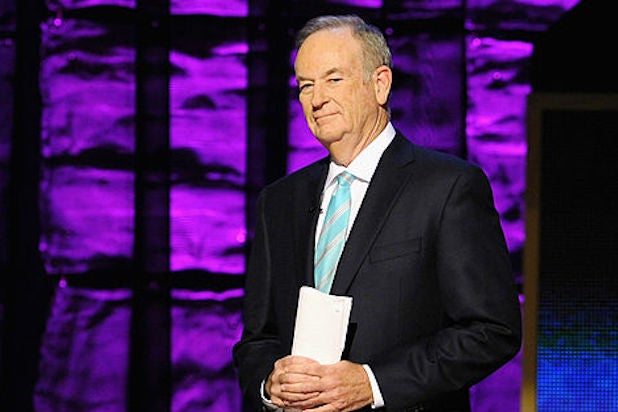 If you’re wondering how it makes financial sense for Bill O’Reilly and Fox News to pay out a reported $13 million to women accusing the “O’Reilly Factor” host of sexual harassment or misconduct, allow us to do the math.

“The O’Reilly Factor” isn’t just a profitable show: It’s the network’s cash cow, generating a whopping $446 million in advertising from 2014 through 2016, according to Kantar Media.

According to Forbes, O’Reilly brought in an estimated $110.8 million last year — more than five times the $20.7 million MSNBC’s Rachel Maddow brought in during the same time period.

Also Read: Nice Tweets, Bill O'Reilly, But We're Not Ready to Go Back to Normal

What’s more, Forbes reports that Fox News is responsible for 10 percent of 21st Century Fox’s revenue and 25 percent of its operating income.

For 16 consecutive years O’Reilly, has held the No. 1 spot in cable news. On Saturday, the New York Times reported that Fox News and its biggest star ponied up $13 million to five women claiming sexual harassment or other inappropriate behavior. O’Reilly denies any wrongdoing.

Whatever other reasons it may have, Fox News also has a financial incentive to keep O’Reilly — even while licking its wounds from another sexual harassment scandal that led to Fox News chief Roger Ailes’ exit.

Under pressure from O’Reilly critics, at least 20 advertisers have bailed out on “The O’Reilly Factor.”

Paul Wittenberg,executive vice president of advertising sales at Fox News, said in a statement on Tuesday: “We value our partners and are working with them to address their current concerns about ‘The O’Reilly Factor.’At this time, the ad buys of those clients have been re-expressed into other FNC programs.”

Hollywood crisis manager Howard Bragman told TheWrap O’Reilly’s should be worried, though he wasn’t willing to call time of death on his show just yet.

“This is a big deal, let’s not sugarcoat it,” Bragman said. While he called the situation a “crisis,” he also believes that Fox News executives will do “everything they can to try and salvage this.”

Bragman says there is little O’Reilly can do but wait out the clock and hope that “someone else does something really stupid so that the media can move on.”

“It all depends on his audience right now. If he starts to lose them, then Fox will have to look a little closer,” Bragman said.

Still, the advertiser losses are severe, said Chad Kawalec, advertising expert and founder of the Brand Identity Center. He isn’t so sure O’Reilly can remain on the air.

“It’s over,” said Kawalec. “This is equivalent to a consumer boycott.”