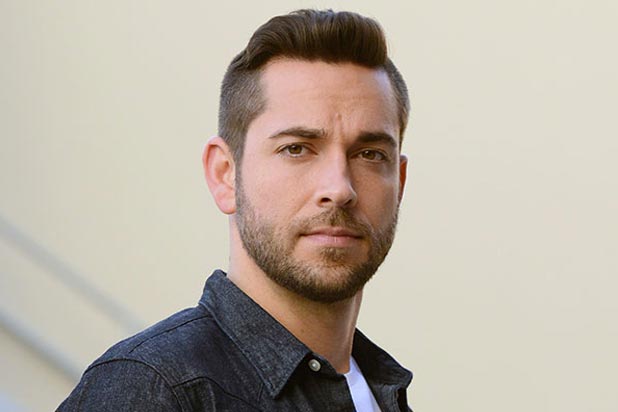 Zachary Levi, star of the short-lived cult hit “Chuck” and this fall’s NBC reboot “Heroes Reborn,” will join the cast of the star-studded musical comedy revival “She Loves Me” at Broadway’s Studio 54 this spring.

Levi, who made his Broadway debut in the 2013 musical “First Date,” is replacing former “How I Met Your Mother” star Josh Radnor, who bowed out due to a scheduling conflict.

“She Loves Me” will begin preview performances on February 5, 2016 and officially open on March 3, 2016. This is a limited engagement through May 22, 2016 at the nonprofit Roundabout Theatre Company’s Studio 54 venue.

Scott Ellis is directing the production with choreography by Warren Carlyle and musical direction by Paul Gemignani. The classic musical comedy features a book by Joe Masteroff, lyrics by Sheldon Harnick and music by Jerry Bock.

The plot follows two Budapest shop employees (Levi and Benanti) who bicker with each other in public, unaware that they are secretly each other’s anonymous romantic pen pals.

Levi won a Theater World Award and earned a nomination for the Drama League Award for Distinguished Performance for “First Date.”