Sitting in the “Morning Joe” studio Monday, Rev. Al Sharpton railed against Georgia Senate candidate Herschel Walker as not only incompetent and ill-equipped for the job, but as an “insult” to the Black community that helped him gain such a platform in the first place.

Speaking with journalist and “Uphill” author Jemele Hill, Sharpton sniped at Walker, saying his presence on the ballot is “an insult to all of us that fought and continue to fight to open doors for Blacks. We should be celebrating two Black men running against each other with political ideas, rather than being ashamed every time he opens his mouth.” 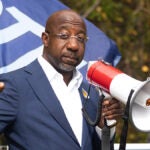 “I don’t think they vetted him or cared: ‘Put a Black guy, there’s a Black guy, here’s my guy.’ And as he began to become exposed … it doesn’t matter: ‘We’re throwing a Black guy in the ring with a Black guy.’ That’s how Trump thinks. The insults started with Trump,” Sharpton said.

“What is scary is that people are buying into it,” he continued. “Clarence Thomas, I disagree with just about everything he’s ever uttered, but Clarence Thomas does have a background and an understanding of law. I don’t think Herschel knows the difference between the House of Representatives and the U.S. Senate, and the fact that they would throw him in there is an insult to all of us that fought and continue to fight to open doors for Blacks. We should be celebrating two Black men running against each other with political ideas, rather than being ashamed every time he opens his mouth. We say, ‘Oh my god, what is he going to say now?'” 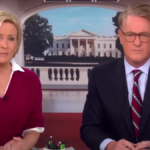 Hill echoed Sharpton in that she might disagree with “anything” the late Herman Cain had to say politically, “but I felt like he was competent,” she said. “I felt like he understood what government was. Many Black conservatives have fit into that mold. Like, OK, I may not agree with them, but I feel like they’re qualified for the position.”

On Walker, Hill emphasized: “He’s not qualified. And despite this rise that he’s had, I think if you get a lot of these people isolated that are supporting him and say, ‘Do you honestly think that this is the most qualified person that you have to be the senator of a state like Georgia where you have millions of peoples’ lives in your hand? You think this is the best option?’ They’d be lying if they said that this was the best option in Georgia.”

Walker’s senatorial campaign has been marred with controversies in which the ex-NFL star and fledgling politician has been caught lying and uninformed at various points in the race.

Watch the “Morning Joe” segment with Sharpton and Hill above. 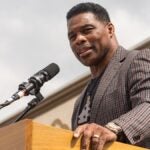