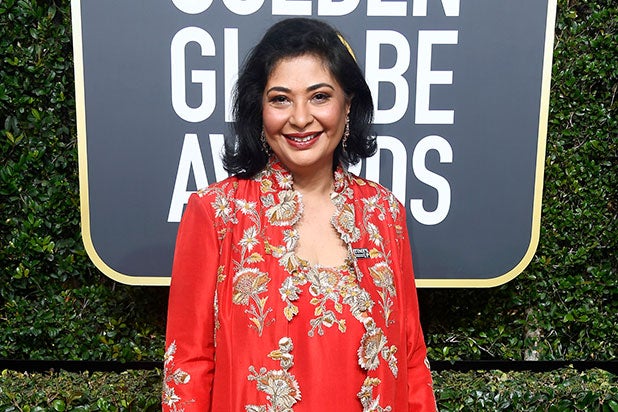 Meher Tatna has been re-elected as the president of the Hollywood Foreign Press Association.

The Indian journalist will continue in her post for the 2018-2019 cycle, where she’ll oversee various initiatives and the group’s splashy annual Golden Globe Awards, co-produced with Dick Clark Productions.

Tatna was first elected to her post last June. She has previously served as a HFPA vice president, treasurer and executive secretary.  She is still an active contributor to India’s The New Paper.

The returning official made headlines in January when she attended her first Golden Globes ceremony wearing red, on a night when Hollywood women almost unanimously chose to wear black in recognition of the #MeToo and #TimesUp movements.

“While the president [of the HFPA] stands with and supports Time’s Up, she wore the dress that she chose with her mother. As part of her Indian culture, it’s customary to wear a festive color during a celebration,” an individual familiar with her thinking told TheWrap at the time.