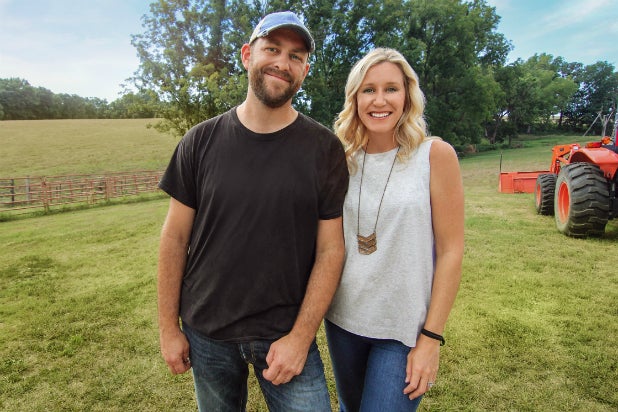 HGTV has renewed “Fixer to Fabulous” for Season 2, which will consist of 13 episodes.

Season 2 of the series starring renovation and design experts Dave and Jenny Marrs is set to premiere in Fall 2020.

The series will continue to follow the husband-and-wife duo as they overhaul historic homes in Northwest Arkansas, all while raising five young children and managing their family farm. Jenny is the creative influence behind their personalized renovations, while Dave spearheads the construction.

Hey, the married HGTV house-flippers thing sure worked for Chip and Joanna Gaines, who are soon to launch their own Discovery-owned cable channel under their Magnolia banner. (It’ll be the rebranded DIY Network.)

It also worked for “Flip or Flop” pair and former married couple Tarek El Moussa and Christina Anstead — for a while at least.