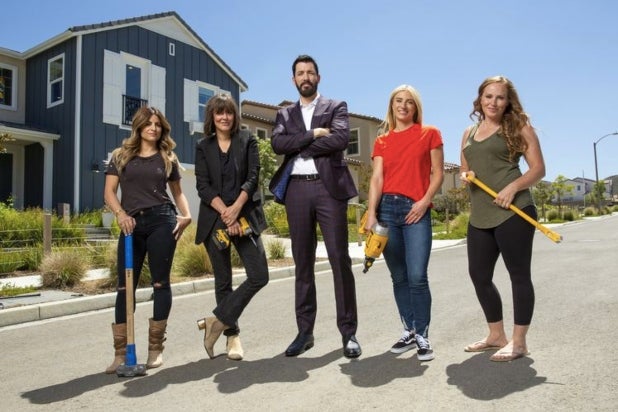 HGTV has renewed its competition series “Rock the Block” for a second season.

The series will return with six new episodes in 2021.

Season two will find four pairs of HGTV’s brightest renovation stars teaming up to take on identical three-story suburban properties and transform them into extraordinary custom dream homes. With only one month and a $175,000 budget, the network duo who adds the most value to their home will proclaim victory and savor the sweet satisfaction of bragging rights, according to HGTV.

“Rock the Block has the winning combination of family-friendly competition and high stakes renovations that makes it one of our most popular crowd pleasers,” said Jane Latman, president of HGTV. “We can’t wait for our all-new line-up of HGTV superstars, intense challenges and surprise elements to bring millions of excited fans back to the block.”

HGTV recently picked up a second season of “Flipping 101” with Tarek El Mousa, who also stars on “Flip or Flop” with his ex-wife Christina Anstead. The network has also given a new series to “Rehab Addict” star Nicole Curtis called “Rehab Addict Rescue.”