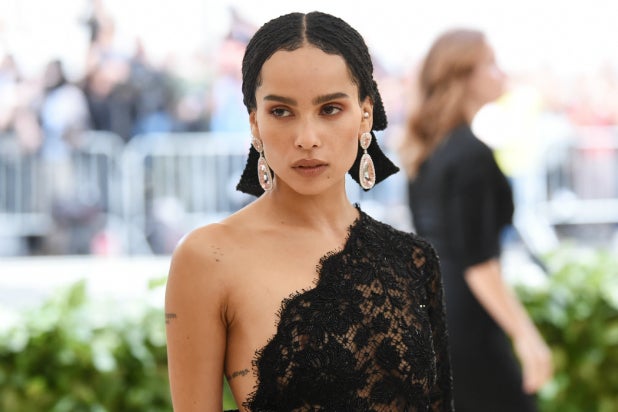 Disney’s series adaptation of “High Fidelity” is on the move. The series, starring Zoe Kravitz, will now air on Hulu instead of Disney+.

In the 2000 film, John Cusack played a record store owner and list-maker, who recounts his Top 5 breakups, one of which was in progress at the time. Kravitz’s character is described as “the ultimate music fan, a record store owner who’s obsessed with pop culture and Top Five lists.”

Both the series and the movie are based on a Nick Hornby novel.

The “High Fidelity” female-P.O.V. remake, which has a 10-episode order, hails from writers Veronica West and Sarah Kucserka and is an ABC Signature Studios production. The decision comes a couple of weeks after the close of Disney’s $71.3 billion acquisition of Fox’s film and TV assets, which gave Disney ownership of 60% of Hulu.

“Developing ‘High Fidelity’ with Zoe, Veronica, Sarah and the team at Midnight Radio has been incredibly exciting and we want to ensure they are able to make the show they are envisioning as Disney+ is dedicated to supporting our creative partners,” said Agnes Chu, senior vice president of content, Disney+. “To that end, as the series’ creative evolved, our Disney+ team, collectively with ABC Signature, recognized that the show would be better suited for another platform. Given Disney’s equity stake in Hulu, we’re happy ‘High Fidelity’ will continue as part of our extended family.”

“Hulu is home to stories that tap into pop culture and redefine genres, so we jumped at the opportunity to bring a seminal work like ‘High Fidelity’ into the fold as a Hulu Original,” said Beatrice Springborn, vice president, Content Development, Hulu. “We are over the moon to work with Zoe, Veronica and Sarah to bring viewers this fresh take on an enduring story that has resonated with millions of people over the past two decades.”

Deadline first reported the news of the switch.