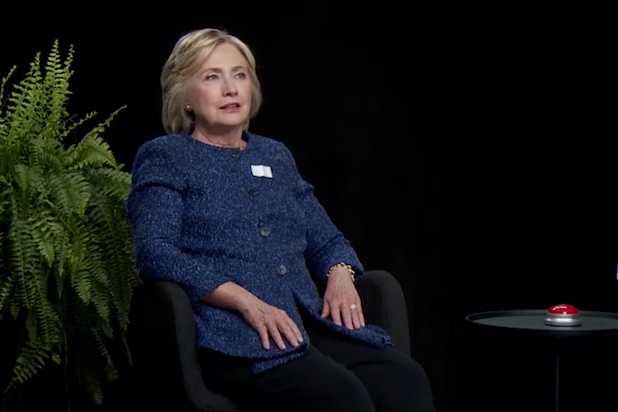 Hillary Clinton’s episode of “Between Two Ferns” has proven to be one of the most popular installments of the Funny or Die comedy video website yet.

The Zach Galifianakis-hosted series brought the Democratic presidential candidate to the show earlier this week, and the episode accrued more than 30 million views in the first 24 hours.

The company also announced the episode was its most-shared social post ever, with more than 500,000 shares on Facebook and 25,000 retweets.

“With content choices so pervasive, ‘Between Two Ferns,’ now twenty episodes in, always manages to cut through the noise and become the thing everyone talks about,” Mike Farah, CEO of Funny Or Die, said in a statement. “It’s truly the most iconic and impactful short series ever created and Funny Or Die congratulates Zach, Scott Aukerman and Hillary on the remarkable response to the latest episode.”

In the episode, Clinton revealed to host Galifianakis what she’d do if she were to lose the election.

“I would try to prevent him from destroying the United States,” she said, speaking of Donald Trump. The caveat is that she wouldn’t take up arms to start another civil war. “Oh right, because before we were rolling you said you were going to take everyone’s guns away,” Galifianakis responded.