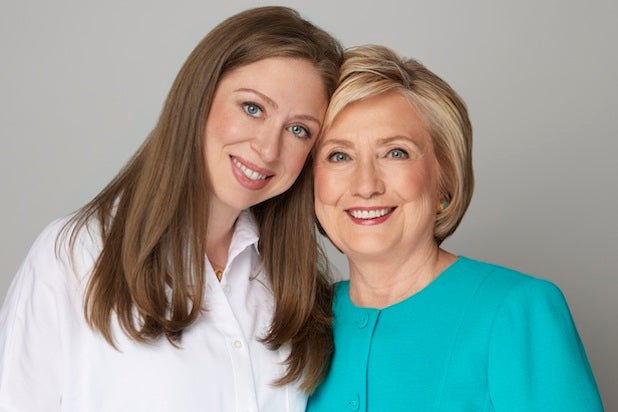 Hillary Clinton and Chelsea Clinton have set up a mother-daughter project at Apple TV+, with the streaming service giving a straight-to-series order to their docuseries, “Gusty Women.”

The show will be hosted by both Hillary and Chelsea and is inspired by 2019’s “The Book of Gutsy Women: Favorite Stories of Courage and Resilience,” written by the 2016 presidential candidate/former Secretary of State/former FLOTUS and her daughter, an author and advocate.

Per Apple TV+, “‘Gutsy Women’ will spotlight a richly diverse cast of trailblazing women. Hillary and Chelsea Clinton set out on a quest to answer the question: What exactly does it take to be a Gutsy Woman?”

Hillary and Chelsea Clinton will executive produce the series alongside Johnny Webb and Roma Khanna.

“Gutsy Women” will be produced for Apple by HiddenLight Productions, the new company founded by Hillary Clinton, Sam Branson and Chelsea Clinton.

The Clinton women’s show joins a growing slate of docuseries at Apple TV+, including “The Oprah Conversation,” “Dear…” and “Home.” On the scripted side, Apple’s streaming service is known for series like “The Morning Show,” “Ted Lasso,” “Mythic Quest: Raven’s Banquet,” “Dickinson,” “Truth Be Told,” “Servant,” “Defending Jacob,” “For All Mankind,” “Central Park” and “Home Before Dark,” in addition to films and children’s offerings.