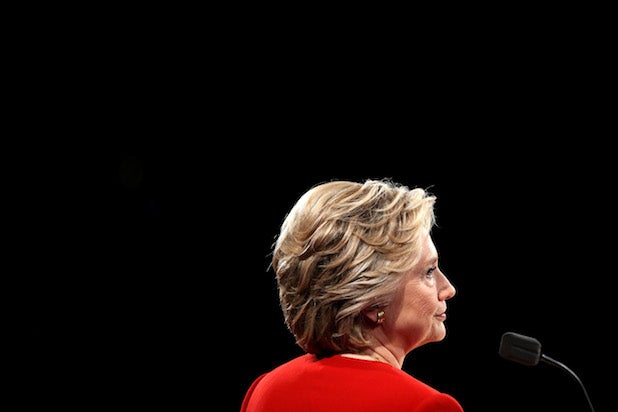 A lot has happened since FBI Director James Comey sent a letter to Senators on Friday letting them know that his agency is investigating newly-surfaced Hillary Clinton emails.

Shortly after the news broke, we learned that the emails were discovered while the FBI was examining a computer belonging to former New York congressman Anthony Weiner and his wife, top Clinton aide Huma Abedin.

Clinton is mad at the FBI and wants more information to be revealed, while GOP nominee Donald Trump appears rejuvenated. Here are five things you might have missed over the weekend.

650,000 emails
The Wall Street Journal published a blockbuster story on Sunday night about tensions within the FBI related to the Clinton email situation. The story notes that a whopping 650,000 emails were found on Anthony Weiner’s laptop. Citing people familiar with the matter, the WSJ said, “underlying metadata suggests thousands of those messages could have been sent to or from the private server that Mrs. Clinton used while she was secretary of state.”

This will absolutely last beyond Election Day
The WSJ notes, “It will take weeks, at a minimum, to determine whether those messages are work-related from the time Ms. Abedin served with Mrs. Clinton at the State Department; how many are duplicates of emails already reviewed by the FBI; and whether they include either classified information or important new evidence in the Clinton email probe.”

Officials couldn’t even begin reviewing the emails until they received a court order over the weekend, according to the paper.

Also Read: Hillary Clinton Urges FBI to Release 'All the Information That It Has'

Feds split over the investigation
“Senior Justice Department officials had warned the FBI that telling Congress would violate policies against overt actions that could affect an election, and some within the FBI have been unhappy at Mr. Comey’s repeated public statements on the probe, going back to his press conference on the subject in July,” according to the WSJ.

Comey obviously notified Congress anyway and set off “the furor that promises to consume the final days of a tumultuous campaign,” the paper said while noting that the internal debate shows “the high stakes when such disagreements occur surrounding someone who is running for president.”

Clinton hasn’t asked Abedin for details
Clinton campaign manager Robby Mook told Fox News’ Chris Wallace on Sunday that Clinton has not even asked Abedin what the emails contain or what was on Weiner’s computer.

It’s certainly odd that a scandal that could impact the presidential election isn’t something Clinton would ask her closest aide about. A rift between Clinton and Abedin, who was expected to have a high-level position in a Clinton administration will be something to monitor closely.

Trump thinks the FBI got it right
Well, obviously Trump would agree with Comey’s latest decision. It gives him strong new talking points for rallies and you can expect the GOP nominee to continue hammering the message until Election Day.

We must not let #CrookedHillary take her CRIMINAL SCHEME into the Oval Office. #DrainTheSwamp pic.twitter.com/GtPkj4xIz6