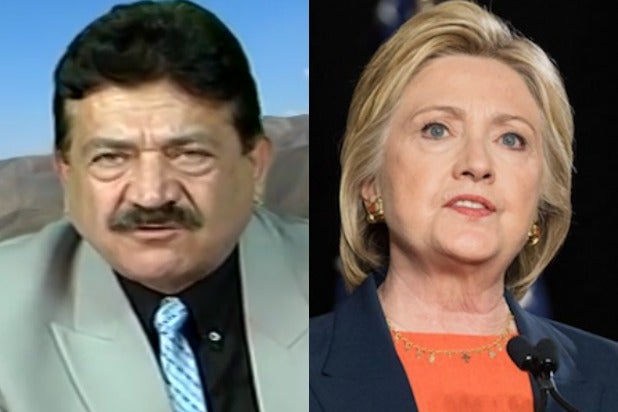 Thanks but no thanks, Seddique Mateen.

That was the gist of Hillary Clinton’s response when the father of Orlando nightclub shooter Omar Mateen showed up at one of her rallies in Florida and offered a few words of endorsement. Mateen told NBC West Palm Beach affiliate WPTV that Clinton is “good for United States, versus Donald Trump, who has no solutions.”

The Clinton campaign’s response was more than a little bit chilly: “The rally was a 3,000-person, open-door event for the public. This individual wasn’t invited as a guest, and the campaign was unaware of his attendance until after the event,” it said in a statement, according to “Good Morning America.”

And that’s the problem with running for president. Sometimes you can’t get the endorsements you want, but it’s so easy to get endorsements you don’t. Donald Trump never asked for David Duke’s support, for example — and he earned lots of criticism for his fumbled response when asked to repudiate endorsements from avowed racists.

Mateen attended a Clinton rally in Kissimmee, Florida, on Monday, not far from the Pulse nightclub in Orlando, where his son killed 49 people in the worst mass shooting in recent U.S. history.

Clinton visited a memorial outside Pulse last month in Orlando, and the Democratic National Convention included a speech by a woman whose son died in the shooting.