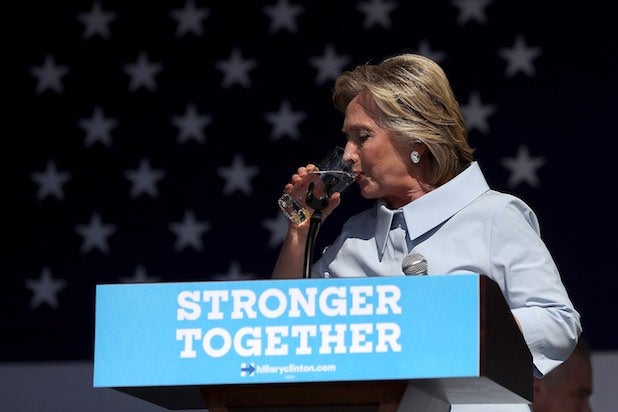 Journalist and author Cokie Roberts said Democrats are “nervously beginning to whisper” about needing to replace Hillary Clinton as the presidential nominee because of her health issues.

Clinton was forced to leave a Sept. 11 memorial service early on Sunday after she felt overheated and wobbled while entering a van. It was later revealed that Clinton was diagnosed with pneumonia on Friday.

“It has them very nervously beginning to whisper about her stepping aside and finding another candidate,” Roberts said Monday on NPR’s “Morning Edition.”

“It’s taking her off of the campaign trail,” Roberts said of Clinton canceling a campaign fundraising trip to California in order to rest and recover. Despite the comments, Roberts admitted it’s a long shot that Clinton is actually replaced.

“I think it’s unlikely to be a real thing. I’m sure it’s an overreaction about an already-skittish party,” Roberts said. “They have looked at what happens in that circumstance.”

Donald Trump chimed in on CNBC Monday morning, saying Clinton’s health issues are “quite sad,” and he hopes “she gets well soon.”

Conservative media outlets have been constantly bringing up Clinton’s health. Sunday’s incident, combined with Roberts’ comments, will most likely add fuel to the fire.

“It’s interesting because they say pneumonia, but she was coughing very, very badly a week ago,” Trump said. “It’s very interesting to see what’s going on.”