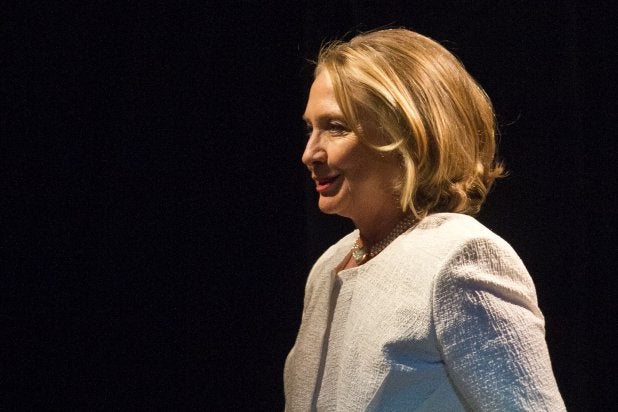 Hillary Clinton chimed in on the Baltimore riots at a fundraiser Tuesday, acknowledging the city is on the brink.

“Baltimore is burning,” Clinton said, according to The Hill. The presidential candidate said order and security needs to be restored, but the death of 25-year-old local Freddie Gray suggests more needs to be done.

“The tragic death of another young African-American man, the injuries to police officers, the burning of peoples’ homes and small businesses. We have to restore order and security. But then we have to take a hard look as to what we need to do to reform our system.”

Clinton vowed that America must “reform our criminal justice system” and suggested “mass incarceration” must end. She previewed addressing the topic at a Wednesday speech at Columbia University.

Tonight I am praying for peace & safety for all in Baltimore, & for Freddie Gray’s family – his death is a tragedy that demands answers. -H

The worst of riots took place Monday night, with businesses and building burnt down by violent rioters angry over the death of Gray on April 12th.

While in police custody, Gray suffered a fatal spinal injury. His death is being investigated.