Presumptive Democratic nominee Hillary Clinton has finally figured out a way to monetize her reputation for wearing pantsuits.

The Clinton campaign’s official website now offers “The Pantsuit Palette Tee,” complete with the slogan, “Why pick one pantsuit when you can wear them all at once?”

The $30 shirt is 50 percent cotton, 50 percent polyester and 100 percent awesome. It is made in America and Clinton even suggests that women “may consider sizing down.”

Also Read: Donald Trump Is Broke (Or at Least His Campaign Is)

The shirt features a front illustration by Julia Rothman that is several colored pantsuits lined up to create a rainbow feel, with the Clinton campaign logo on the back.

The Clinton campaign has featured humorous items in the past, including “The Woman Card” and “deck of woman cards,” which both play off Donald Trump referring to Clinton playing the woman card. The site also featured stickers that say, “Love Trumps Hate.”

Clinton has done a good job raising money, as recent reports suggest she has at least $40 million more than Trump to spend during the general election. If the $30 pantsuits shirts take off, it could bolster her campaign’s wallet even further.

Take a look at the amusing t-shirt below. 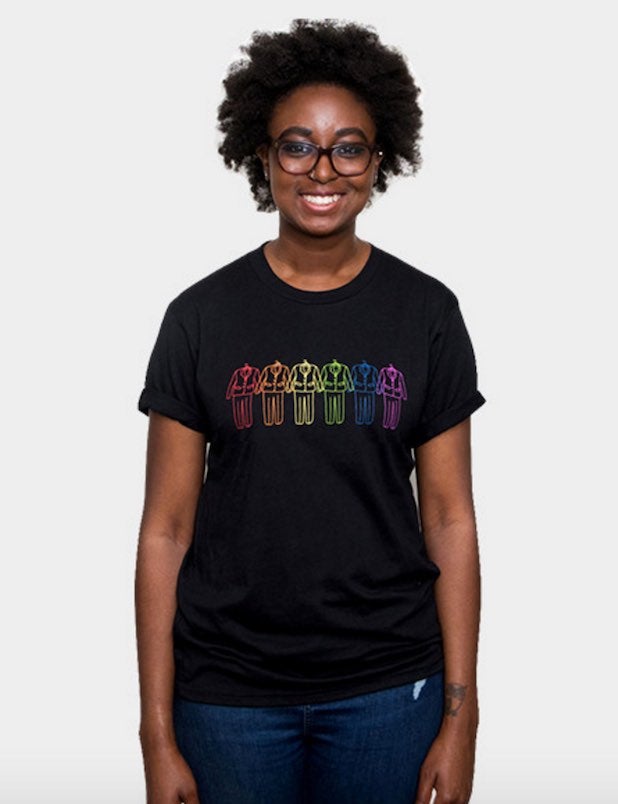