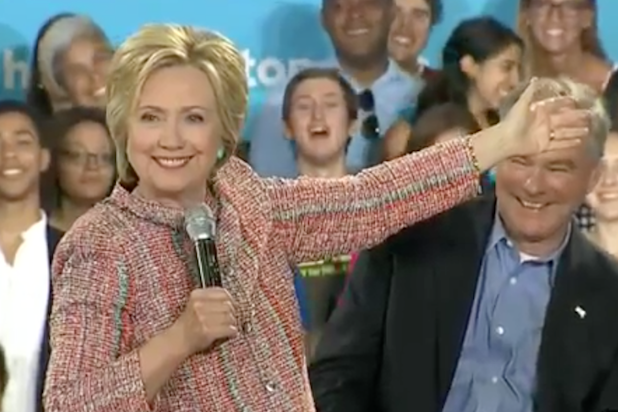 Many pundits believe that the announcement was timed to take the spotlight off of Donald Trump’s Thursday night speech at the Republican National Convention and to dominate the weekend news cycle heading into next week’s Democratic convention.

“I’m glad the waiting game is nearly over,” Kaine told the Associated Press on Thursday.

Kaine was a finalist to be President Obama’s running mate back in 2008.

“Kaine’s position as governor of a state the Obama campaign hopes to make a key battleground and his background as a Spanish-speaking former Catholic missionary and civil rights lawyer make him a strong potential pick,” Politico wrote back in ’08. The same logic applied to Clinton’s reason for selecting Kaine eight years later, only he’s more experienced now, having spent time in Senate.

Kaine is active on foreign relations and military affairs, and he built a reputation for working well with Republicans during his time as Virginia’s governor and mayor of Richmond.

He has supported putting the Trans-Pacific Partnership trade agreement on a “fast track” to approval, which many liberals, including Clinton, oppose.