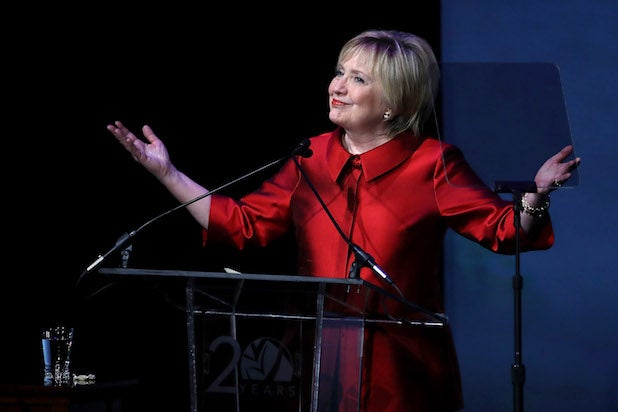 She may have lost the election, but she hasn’t lost her sense of humor.

While speaking at the Code Conference in Los Angeles, Hillary Clinton joked about President Trump’s bizarre “covfefe” tweet, saying, “I thought it was a hidden message to the Russians.”

If you missed the social media firestorm, Trump’s late night “despite the constant negative press covfefe,” tweet left people scratching their heads. The flub remained on his Twitter feed for six hours before being deleted.

Compounding the confusion, President Trump sent out the following tweet this morning.

Who can figure out the true meaning of "covfefe" ??? Enjoy!

For the 2016 Democratic presidential nominee’s thoughts on Russian hacking, her campaign, and social media’s roll in fake news, check out the link below.