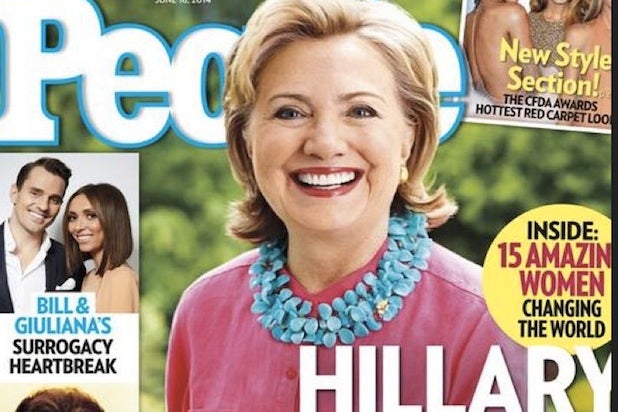 Hillary Clinton says she has a hard time watching just on episode of “House of Cards”: the former Secretary of State tells People that she and former President Bill Clinton are binge viewers.

The former Secretary of State gave her  first at-home interview since the end of husband’s presidency, and said she and her husband “totally binge-watched the first season” of the Netflix political drama.

She said part of the fun was “a little bit of the, ‘Oh, my gosh, I can’t believe we can just sit here and do this’ and ‘We’re only going to watch one episode, oh, let’s watch another. Okay, well, we have time, we’re not going anywhere, let’s watch a third.’ I know that sounds kind of devoid of content.”

She also discussed whether she would run for president in 2016.

“I know I have a decision to make,” she said. “But part of what I’ve been thinking about, is everything I’m interested in and everything I enjoy doing — and with the extra added joy of ‘I’m about to become a grandmother,’ I want to live in the moment. At the same time I am concerned about what I see happening in the country and in the world.”