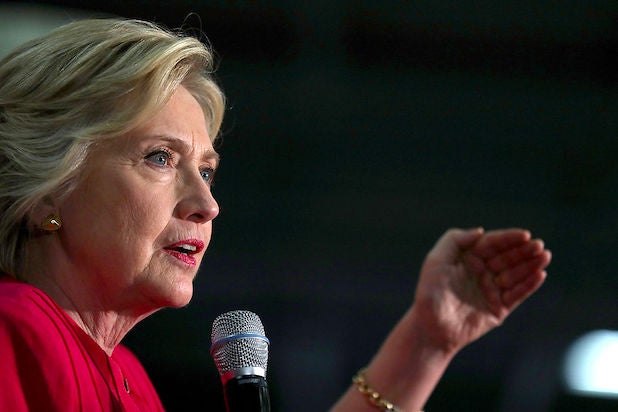 Hillary Clinton accused Donald Trump of “casual inciting of violence” the day after he raised the possibility of “Second Amendment people” rising up against her.

In an Iowa campaign rally Wednesday afternoon, Clinton said Trump’s controversial comment on Tuesday was the latest in a long line of inappropriate remarks, including his recent criticism of Khizr and Ghazala Khan, the Muslim parents of a slain U.S. soldier, after they spoke out against him at the Democratic National Convention.

“And now his casual inciting of violence,” Clinton said Wednesday. “Every single one of these incidents shows us Donald Trump simply does not have the temperament to be president and commander in chief of the United States.”

Trump said at a North Carolina rally on Tuesday: “If she gets to pick her judges, nothing you can do, folks. … Although the Second Amendment people — maybe there is, I don’t know.”

Trump’s campaign quickly issued a clarification that the Republican candidate didn’t want anyone to kill Clinton, and said he was simply talking about the political power of Second Amendment defenders at the ballot box.

Still, the remark played into an argument Clinton has been making for weeks that Trump is too unstable to lead. She joked Wednesday: “Friends don’t let friends vote for Trump.”