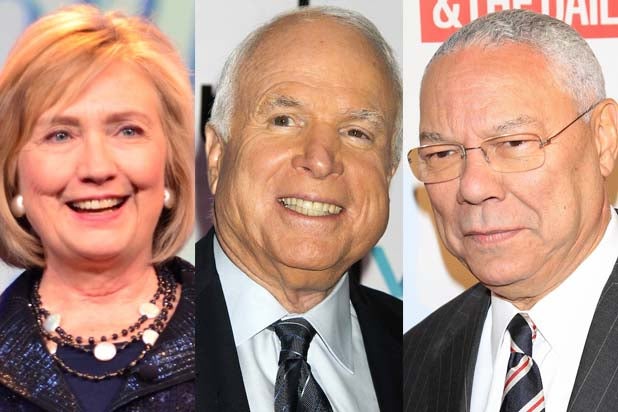 Based on South African President Nelson Mandela’s autobiography of the same name, “Mandela” chronicles the Nobel Peace Prize winner’s early life through his 27 years in prison and struggle to end the apartheid. Idris Elba (“Prometheus”) plays the leader, while Harris plays his wife, Winnie.

“It’s an honor to host a screening at the Kennedy Center, and we couldn’t ask for better supporters than Hillary Clinton, John McCain and Colin Powell,” Weinstein said in a statement. “We truly hope that members of Congress from both sides of the aisle come out to see the film in honor of a man that both political parties in this country worked to free, and who set a global standard of putting politics aside and working with former adversaries to achieve justice and equality.”