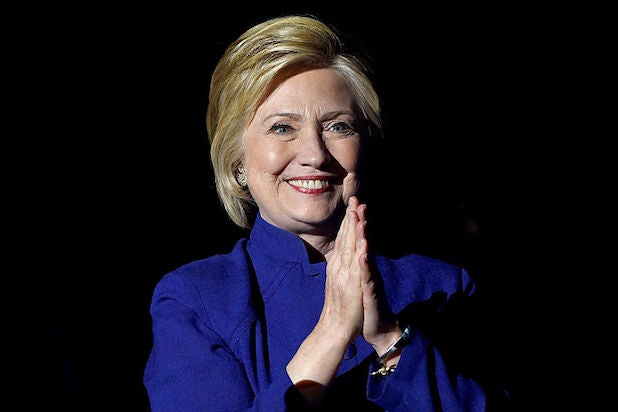 Hillary Clinton closed the second night of the Democratic Convention with her first remarks since being named the party’s nominee: “We just put the biggest crack in that glass ceiling yet.”

Clinton addressed the Philadelphia crowd by video live from New York. She was joined by several women, one of them a young girl who stood at her side.

Also Read: Bill Clinton on How He Met His Wife: 'I'm Hillary Rodham. Who Are You?'

Clinton appeared after a video that showed every previous president — all of them male — followed by a shattering effect and her smiling face breaking through.

Her comments Tuesday echoed those she made in 2008 when her first presidential campaign ended with her endorsing Barack Obama.

“Although we weren’t able to shatter that highest, hardest glass ceiling this time, thanks to you, it’s got about 18 million cracks in it,” she said at the time.

Her reference to that theme Tuesday came after a day in which she made history as the first female nominee for a major party.

One speaker after another noted the significance of the moment, including Oscar winner Meryl Streep, who said it was hard to become the first woman anything — much less the first woman president.

We just put the biggest crack in that glass ceiling yet.” —Hillary https://t.co/mYkaLIv861