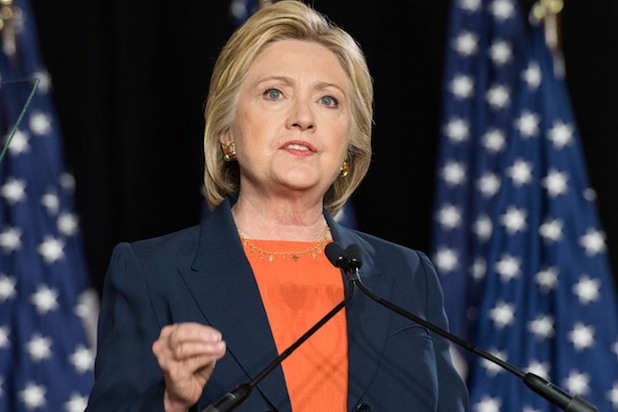 Hillary Clinton said she would debate Donald Trump whenever the bipartisan Commission on Presidential Debates wants.

“The only issue now is whether Donald Trump is going to show up to debate at the date, times, places and formats set by the commission last year through a bipartisan process, Clinton campaign chairman John Podesta said in a statement. “We will accept the commission’s invitation and expect Donald Trump to do the same.”

Last month, the NFL denied claims they contacted Trump to complain about upcoming scheduling conflicts, which will pit the debates against Monday Night Football. In both a sit-down interview and on social media, the Republican candidate said he didn’t favor both events dividing TV viewers on the same night, and went as far as saying Clinton’s campaign was behind the move.

“It is concerning that the Trump campaign is already engaged in shenanigans around these debates,” said Podesta. “It is not clear if he is trying to avoid debates, or merely toying with the press to create more drama.”

“With so much at stake in the fall elections, she believes these debates will provide the American people with an important opportunity to hear from the candidates on issues critical to the country’s future,” Podesta said

Pinning the NFL conflict on Clinton is problematic, as USA Today’s For The Win column points out. These dates were chosen in September 2015 by the Commission on Presidential Debates. However, regardless of who the candidates are, the debate commission would have been aware that scheduling debates on Sunday and Monday nights in the fall would compete with NFL games.