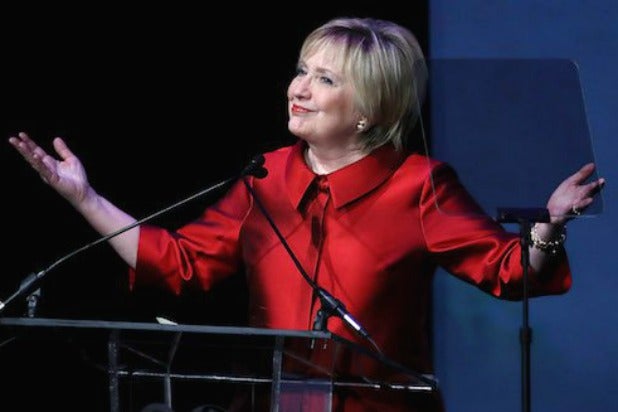 Hillary Clinton says she won’t run for president in 2020, but if she changes her mind, expect to see “Mean Girls” character Regina George on her list of prospective running mates.

Clinton enlisted Rachel McAdams’ character from the 2004 Tina Fey film to clap back at President Trump’s gloating over her decision not to run again.

“‘(Crooked) Hillary Clinton confirms she will not run in 2020, rules out a third bid for White House,'” the president tweeted.  “Aw-shucks, does that mean I won’t get to run against her again? She will be sorely missed!”

Clinton responded with a GIF from “Mean Girls” in which Regina asks Lizzy Caplan’s Janis why she’s so obsessed with her.

No word on whether the former secretary of state will weigh in on trying to make “fetch” happen.

Clinton was widely expected to win the 2016 presidential race. But her campaign was dragged by accusations that she mishandled classified information by using a private email server during her time as secretary of state.

Clinton did however win the popular vote by nearly 3 million votes. She had run for president before in 2008 against then-Illinois Sen. Barack Obama, who went on to win the election.