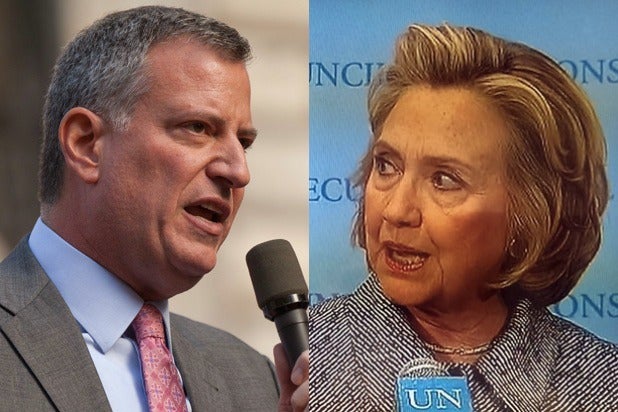 The media assumption that Hillary Clinton will cakewalk to the Democratic nomination may be wrong.

The New York Post reports New York City Mayor Bill de Blasio is considering a run against Clinton in the Democratic primary, aiming to pose a more liberal challenge to the Democratic frontrunner.

The mayor hopes there will be a  groundswell “Draft de Blasio” movement among progressive voters who feel Clinton isn’t liberal enough to affect real change, the Post reports.

The New York City Mayor wouldn’t endorse Clinton on a recent “Meet the Press” appearance, even though he has supported her for years. This surprised many in the political and media world, sparking chatter that de Blasio might have higher ambitions.

He also traveled to Iowa for a tour to discusss income inequality last week, cutting into Clinton’s official first week on the campaign trail.

The mayor has been in office for close to a year-and-a-half. His potential run in the Democratic primary would be a huge boon to media outlets looking for a more dramatic and interesting Democratic primary than the current proposition, which pits Clinton against weaker candidates.

Time will tell if de Blasio is serious about launching a bid, but if he does TheWrap’s unsolicited two cents to advisors of the potential Democratic challenger: Keep de Blasio away from animals on the campaign stump. RIP Charlotte the Groundhog.