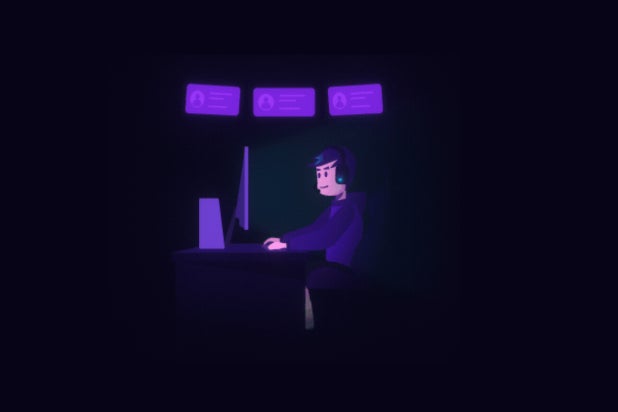 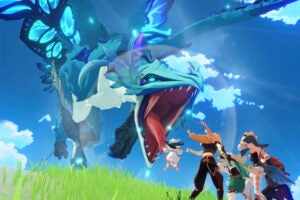 ”It’s hard to become an esports professional, but if you’re putting in hours a day doing something you’re passionate about, you should be compensated for that,“ CEO Razvan Romanescu tells TheWrap

As more people turn to games for comfort and entertainment during the pandemic, a new startup called Gamelancer is courting amateur gamers to use its platform to freelance out their gaming skills for a fee — or “bounty,” as the company calls it.

Think of it as the gig economy taking over the gaming industry, one brief battle at a time. Typically, when players enter into a multiplayer game, they’re matched with whoever happens to be on the same server — which could be anyone from a pro player to a newbie trying out the game for the first time. It’s not an ideal situation for competitive matchmaking.

Gamelancer co-founder and CEO Razvan Romanescu told TheWrap that Gamelancer is essentially a Cameo-esque business model, where experienced gamers upload a profile noting which games they’re best at and an hourly rate. Players who are looking for a strong match to wipe up multiplayer competition can go on the Gamelancer platform, get matched with a player, digitally transfer their bounty and then have the better gamer join their squad for a set amount of time (usually about an hour).

Romanescu said the goal is to give mid-tier gamers a chance to make money from their skills even if they can’t join an esports team. He added that Gamelancer is designed to make the overall multiplayer gaming experience better — after all, there’s nothing worse than being loaded into a squad full of bickering 12-year-olds or someone whose microphone is inoperable.

“Gaming becomes less fun with the social aspects removed, or you’re matched with people you do not want to play with — that don’t have microphones or don’t communicate or are just bad players,” Romanescu said. “That lowers the quality experience of gaming, and we want to offer that control back to gamers worldwide.”

Gamelancer was founded in January but launched in beta mode in August and reported over 11,500 users — “over 350 of those are approved Gamelancers,” Romanescu said. Romanescu and his co-founder and chief operating officer Darren Lopes, raised about $800,000 from private investors to get the outfit off the ground, but said they plan to begin raising more funding by the end of the year.

To become a verified Gamelancer, players have to send an application to the company, who reviews it and offers a verdict within 48 hours. The company profits by taking a cut of each freelance booking on the platform — 30% of each fee — and also plans to build out an advertising model. The company declined to  disclose revenues to date.

On average, Gamelancers can expect to make around $7 per hour on the platform, the founders said. Not a steep price, but certainly better for an amateur player than not being compensated to play at all. And they can make anywhere from “a few hundred to a few thousand (dollars) per week,” Romanescu said. Gamelancer offers recommended rates to its freelance players, but as of now doesn’t set limits on how much money a gamer can rake in per week. 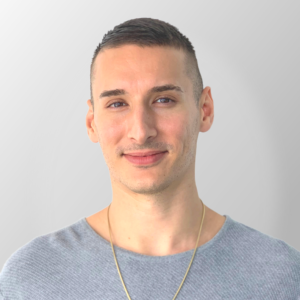 “Our premise was there’s 2 billion gamers worldwide that game on a regular basis and (they) might try streaming or to be an esports professional but not have a lot of success,” Romanescu said. “The idea is to allow users to pick which teammates they play with when they want in order to have a fun experience.”

With the platform up and running, Gamelancer is now rushing to add more mainstream games. The company works directly with game developers and publishers to merge its tech with the multiplayer game — which currently includes Epic Games’ “Fortnite,” “Roblox,” Mojang Studios’ “Minecraft,” Activision Blizzard’s “Call of Duty: Warzone” and “Modern Warfare,” and Rockstar Games’ “Grand Theft Auto V,” to name a few.

Lopes said the platform currently offers gamers on roughly 30 titles, with more coming soon. Romanescu added that his goal is to integrate Gamelancer with all major games. When a gamer is linked with a freelancer, they get a link to join a private party where they can chat via voice or text chat and click a button verifying with the game they’re in the party together. The company will add video chatting soon, Lopes said.

“The final destination is API integration with all the gaming developers on the big platforms,” Romanescu said, referring to the application programming interface that allows for such collaborations.

Gamelancer is a new outfit but the concept was in the works for over a decade, the co-founders said. The company holds over 20 patents for its technology, most of which the team developed in-house.

Romanescu added that the influx of players trying out new games or hardware and using gaming as a form of social media thanks to the pandemic has been a boon for the upstart. Players are also spending record sums on games, with Nielsen’s SuperData recently estimating gamers purchased $10.8 billion worth of digital games in August alone.

“I don’t think we could have even asked for better timing if we tried,” Romanescu said. “Before our launch, we actually started building a very engaged community on social media across TikTok and Instagram, and across our channels we reach 300 million people a month just within our own network, pre-launch just because of COVID,” Romanescu said, adding, that TikTok has been a big driver in new users of the Gamelancer platform despite recent national security and ownership concerns.

Gamelancer created a TikTok channel to push social gaming videos and build up its audience prior to launching, a tactic that helped get fans to check out the platform once it went live.

“Because of the rise of TikTok, we were able to capitalize on building a really engaged audience around gaming,” Romanescu said, adding that the new social platform offers real opportunity to grow the Gamelancer audience.

“We realized that with a newer platform, you got a lot more organic reach than you would on Facebook right now; there’s a lot of advertisers there.” Romanescu said. “Anything we did on TikTok, we would probably see 10 times return (versus) what we were doing across some other networks, just because of how new the platform was.”