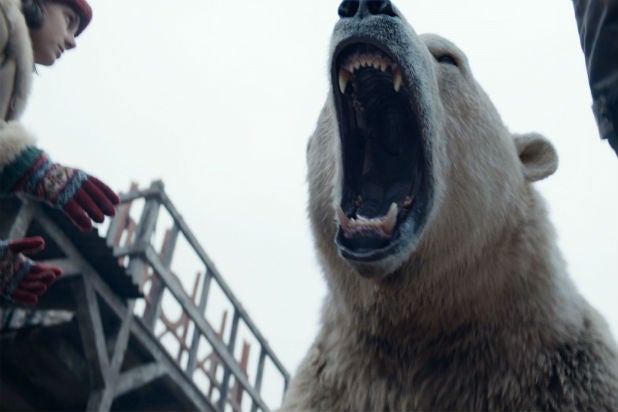 Ahead of the fall 2019 premiere of HBO’s “His Dark Materials,” the network announced the voice cast behind daemons and other animal characters from author Philip Pullman’s fantasy world on Friday.

“His Dark Materials” is based on the novel trilogy by Pullman, consisting of “Northern Lights” (published as “The Golden Compass” in North America), “The Subtle Knife” and “The Amber Spyglass.”

Set in a world where science, theology and magic are entwined, the series features an array of talking animals and supernatural creatures called “daemons,” who function both as companions to specific humans and expressions of that human’s soul.

The rest of the voice cast announced Friday include: Cristela Alonzo as Hester, the arctic hare daemon belonging to Aeronaut Lee Scoresby (Miranda); Brian Fisher (“Detective Pikachu”), who will provide animal noises and vocal characteristics for the unnamed, nonspeaking golden monkey daemon belonging to Mrs Coulter’s (Wilson); and Joe Tandberg (“The Innocents”) as Iorek Byrnison, a bear Lyra meets on her quest.

Fisher also served as lead puppeteer and CFX coordinator behind the puppets used during filming to help actors establish relationships with the daemon characters that were later created through CGI by Framestore.

“His Dark Materials” has a two-season order and will air this fall on the BBC in the U.K. and HBO in the U.S. HBO is also distributing the series outside the U.K. Produced by Bad Wolf and New Line Cinema.

It’s executive produced by Pullman, Jane Tranter and Julie Gardner for Bad Wolf, Toby Emmerich and Carolyn Blackwood for New Line Cinema, Bethan Jones for BBC One and Deborah Forte for Scholastic, which publishes the books.