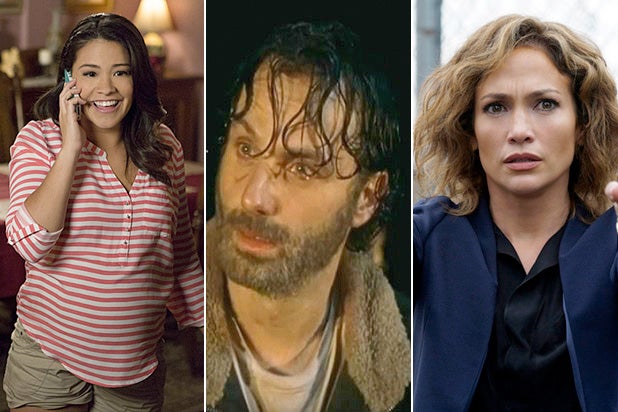 First-generation Hispanic Americans may have grown up speaking Spanish, but even with the myriad Spanish-language programming options available, they still prefer to consume English-language media first, according to a new study from accounting and consulting giant PwC.

In the study titled “Always Connected: U.S.-based Hispanic Consumers Dominate Mobile, Entertainment, and Beyond,” PwC found that Latino viewers of all generations consume an above average amount of entertainment, particularly online. And most of that is in English.

The firm surveyed 1,000 people, half of Hispanic decent and half not. PwC will share additional, exclusive data from the survey at TheWrap’s TheGrill conference on Monday in Beverly Hills.

Hispanic Americans have always been ahead of the pace in terms of mobile adoption, the study said, and while other groups have caught up, their engagement on mobile devices is higher than the national average. The study’s authors said this is because mobile is a convenient and affordable way to interact with others and consume entertainment.

“For U.S. Hispanic consumers — more so than non-Hispanics — mobile technology has become an affordable communication and entertainment vehicle,” they wrote. “With a phone, U.S. Hispanic consumers can not only stay in touch with friends and loved ones outside the U.S., they can also get unlimited access to a world of information and entertainment that might otherwise be unreachable.

“The average Hispanic consumer spends more than 26 hours per month watching video online/on their smartphone — seven hours more than the US average — likely driven by data usage 16 percent higher than the national average,” the study said.

And even though there’s plenty of Spanish-language content online, just 3 percent of first-generation Hispanic consumers stream exclusively in Spanish, and 21 percent stream more in Spanish than English.

The study also found some behavioral distinctions within U.S. Hispanics. Consumers of Mexican descent engage with streaming video content more often than other Hispanics, and they also attend the movies more, seeing 7.3 films a year compared with 6.8 for other Hispanics.

Also Read: Why Cord Cutting Should Have Been TCA's Hottest Topic

There’s one area, though, where Hispanic consumers are not trendsetters: cutting the cord.

The study advised advertisers seeking to reach Hispanic audiences to pay attention to cultural differences, avoid simply translating English messages to Spanish — because Hispanic consumers read both — and most of all, to focus on mobile.

“Hispanic consumers spend a disproportionate amount of their day on the phone–most notably, streaming videos,” it said. “Mobile video and, in particular, YouTube, are at the heart of Hispanic consumers.”